Animation in cinema is an amazing art form that is sadly underutilized in terms of its potential. We have experienced the majesty of Pride Rock in 1994’s “The Lion King”, we have transformed into a rat with a love for cooking in a Paris restaurant with 2007’s “Ratatouille”, and we have seen the fate of the world rest on the courage of our shoulders as a warrior in 1997’s “Princess Mononoke”. Animation has brought to life some of the greatest stories in the history of film, and I love it unconditionally, but sadly, many don’t share my perspective. Many believe animation to be a medium made for children and should have little effort put into animated films, because they are quote-unquote “for kids so they don’t have to try”. I find this statement baffling and ludicrous, but I’m afraid many film studios have stopped trying to push the envelope in imagination or storytelling in animation. Disney has spent years undoing their golden age of animation with bargain-bin lowest-common-denominator stories, Pixar has fallen so far from its original roots of genius, and arguably the best animation company of all time, Studio Ghibli, has not released a new project in over 6 years.

This brings us to what is arguably the most consistently great animation studio currently releasing films, Cartoon Saloon. Established in 1999 by Tomm Moore, Nora Twomey, and Paul Young, this Irish handdrawn animation company has made some of the most beautifully majestic short and feature animated films to ever exist. 2009’s “The Secret of Kells” is an absolutely breathtaking and visually sumptuous look into the deepest realms of Irish folklore, and it established the director Tomm Moore as a genius of his medium. He improved upon his mastery of animation with 2014’s “Song of the Sea”, a surreal and enchanting foray into Norse and Celtic mythology of selkies. “The Breadwinner”, directed by Cartoon Saloon’s Nora Twomey, was also quite fantastic and continued Saloon’s flawless track record. They have been criminally underappreciated and underfunded, as they have singlehandedly kept handdrawn animation alive at its finest. But nothing could prepare me for what they were cooking up over the last three years.

“Wolfwalkers” follows the story of Robyn, an English young apprentice hunter comes with her father to Ireland in the 1600s to wipe out the last pack of wolves, who are seen as demonic and evil, but becomes entangled with a wild native girl. Their friendship leads her to a path that changes the course of everything around them. What makes this film so special, above its immaculate presentation, is its story. This is a film where you really care about the characters and setting. Not only are the main characters incredibly likeable and overflowing with personality, but the stakes of the story are surprisingly high for what is a family-oriented film. It has been years since I have seen an animated film with such intensity that I was so emotionally invested in. It is rare for me to fall in love so quickly with a film, but from the first frame, I was absolutely in love with everything happening.

The complete unpredictability of the story is also a wild rarity for a family film. It is consistently enthralling and you never know where the story is going to go next. The screenplay for this film, from Will Collins and co-directors Tomm Moore and Ross Stewart, is probably the best script for a family film since 2014’s “The Tale of the Princess Kaguya”. The film’s story is held up by some of the most imaginative filmmaking I’ve seen in a very long time. The animation is quite honestly the best handdrawn animation I have seen for a film in more than a decade. Every single shot is so painfully gorgeous and bursting with color and detail, the framing is nothing short of astounding, and the storyboarding of the action sequences is absolutely mind-blowing. The editing heavily compliments the animation, and there are a lot of creative uses of transitions. 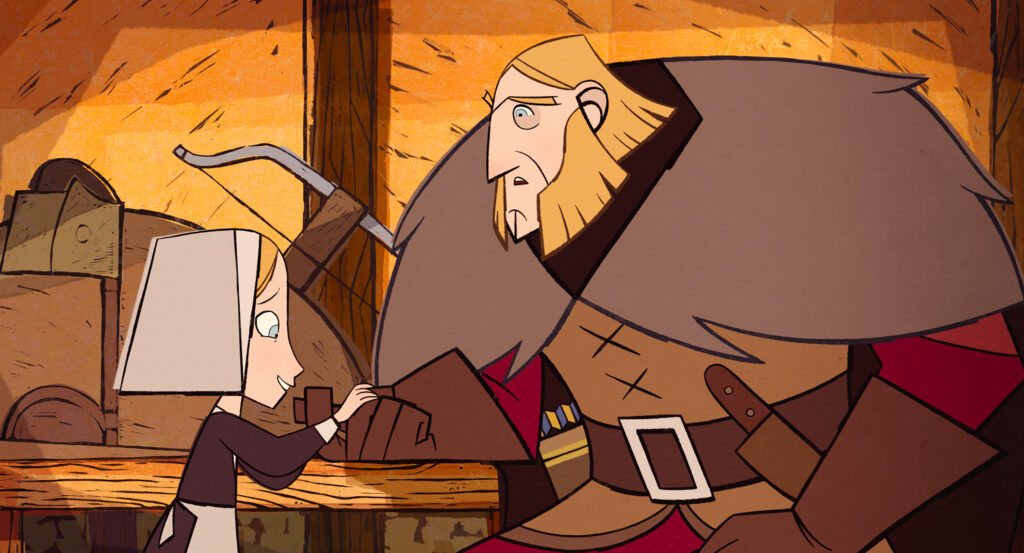 Sean Bean as Bill Goodfellowe.The original score from Brian Coulais paired with the original songs from AURORA and Kíla is phenomenal and creates an awe-inspiring musical landscape. What also sets the film apart from so many is the absolutely incredible voice acting. The child performances from Honor Kneafsey and Eva Whittaker are the best child performances in an animated film I can remember, and they both bring so much life to their colorful characters. This is probably Sean Bean’s best performance, and he brings a lot of emotion to his role. The chemistry he and Kneafsey have makes it really feel like a real father-daughter relationship. There is also very detailed sound editing and sound mixing. There is a lot of small atmospheric sounds that add to the immersive feeling. You really feel like you are in the forests of Ireland, and it is a joyous feeling indeed.

There are incredibly creative and dramatic aspect ratio changes, there is so much care put into every moment, the heartfelt story is beautiful beyond belief, and I was just having an absolute blast as the film kept getting better and better each minute. This is honestly the best animated film I have seen since 2015’s “Anomalisa”, and I might like it even more. This is just a masterpiece of cinema that reminds exactly why animation is one of the greatest art forms to ever exist. The combination of the animation, music, performances and story made this a near-spiritual experience for me, and I can only see myself loving it more and more for the multiple times I will be rewatching this. It is currently the second best film of this year for me, only behind “I’m Thinking of Ending Things”. Please support it, and hopefully we will see more and more masterworks from Cartoon Saloon. 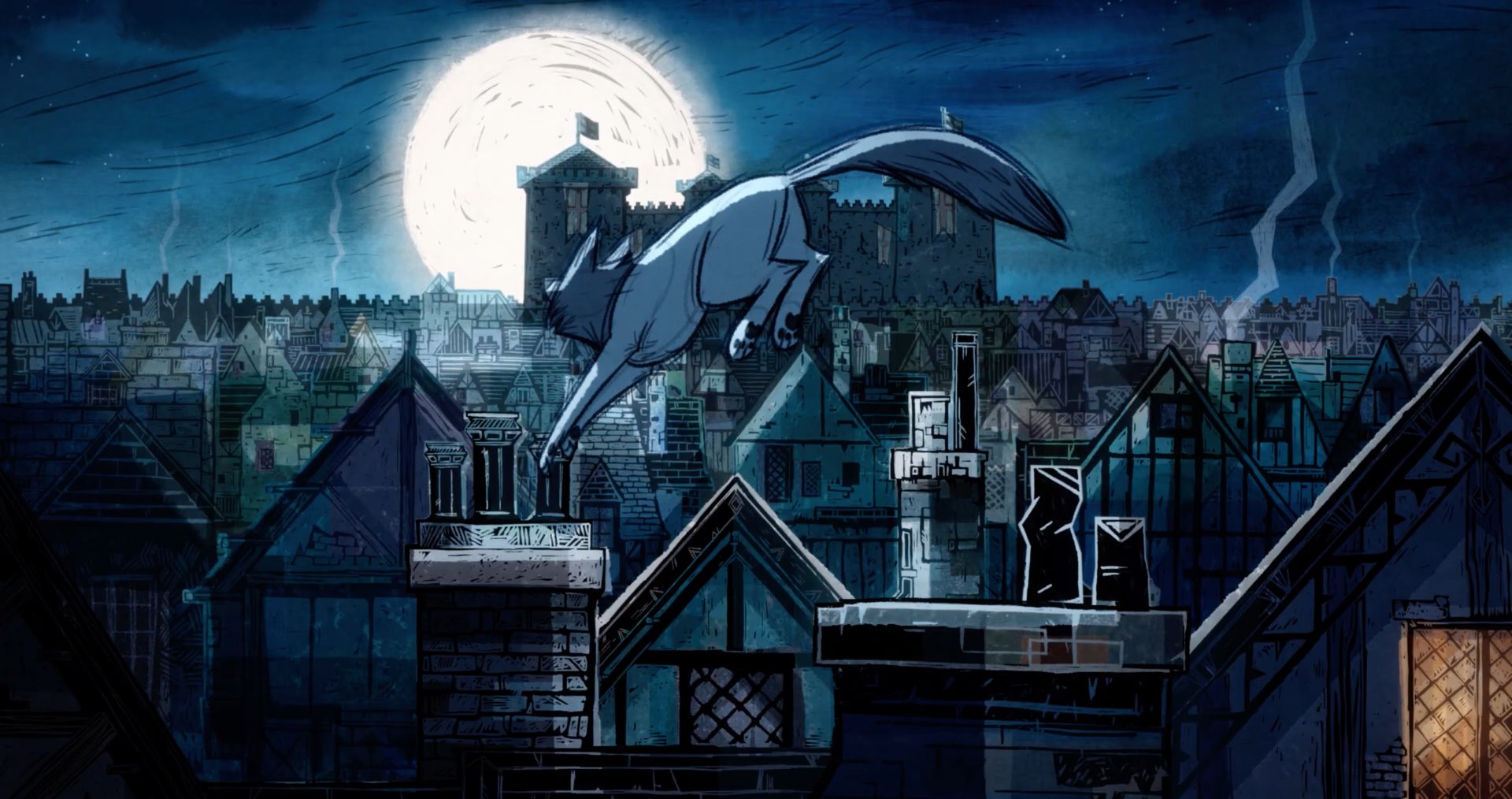