Every decade, hundreds of amazing films are released. And at the absolute peak of these films, there are those two or three filmmakers that emerge that you will absolutely fall in love with. For me, one of those filmmakers is Ari Aster. His brand of emotionally devastating and dramatic character studies wrapped up in the perfectionist framework of horror films make for some absolutely visceral and harrowing cinema. With his AFI Film Institute final graduating short film “The Strange Thing About the Johnsons” and his directorial debut “Hereditary”, he cemented his extraordinary talent at instilling dread and despair into a viewer, while presenting a visually and thematically stunning cinematic experience.

When I first saw the teaser trailer for “Midsommar”, I was blown away. This film that was being marketed as horror was incredibly colorful and shot under blisteringly bright sunshine, and it was destined to be something extremely unique. What I wasn’t expecting was to sit down in the theater opening night, and watch my favorite film of the last eight years unfold before my very eyes. Despite my surprise, the most surprising thing about “Midsommar” is that it isn’t really a horror film. Sure, there is a fair share of horrifying moments, but it’s mainly a character study drama about one toxic relationship crumbling as another one builds.

On this present day, July 3, 2020, it marks one year since the theatrical premiere of “Midsommar”, and in honor of this anniversary, I thought I would analyze why it is so incredibly impactful and well-executed. To start off, the core element of this film’s success is its screenplay. The way that Aster writes the dynamic of this relationship is painstakingly natural in its flippancy and beats. Moments will start with awkward silences and uneasy peacefulness, and escalate to hysterics and condemnation in a matter of minutes, but in a way that slowly progresses each character’s perspectives and behavior in a very mature manner.

That same maturity and authenticity continue their presence in the dialogue and story structure. The way each character is developed and motivated is so thoughtful and precise. Dani is easily one of my favorite characters to come out of any film in years. The writing and handling of her grief and sorrow is so achingly genuine, and it helps that it is held up by an astounding performance. Florence Pugh gives what is, without question, my favorite performance of the last decade. I have not seen a depiction of depression and desolation as convincing and brutally realistic as this ever since 2009 with Charlotte Gainsbourg’s performance in “Antichrist”. All of the minute details and mannerisms she imbues with her character is so extremely layered. So much so that in my near-forty viewings of this film, there hasn’t been a single time I didn’t pick up on several more subtleties each rewatch.

Speaking of subtleties, this is a film where detail is unbelievably jam-packed into every single frame. Every wall has a painting or piece of art that foreshadows a future event, every costume is laboriously detailed, and the opening shot of the film is a gorgeous and expansive painting that lays out the events of what is to come. The gruesome and disturbing aspects of the film are all based on real Swedish folklore, there is persistent reincorporation of numerical symbols that tie into the Swedish village, and there are hidden easter eggs in the backgrounds of almost every shot. There is a mind-bogglingly ambitious use of visual effects work to flawlessly recreate the visual hallucinations of psilocybin while the characters are using it, and it adds an incredibly otherworldly and surreal aspect to a sizable portion of screentime. The attention to detail in pupil dilation and how people’s behavior changes, the sound design during those sequences, the practical effects and makeup, it’s all just wonderful.

The obvious standouts in terms of the presentation are the visuals. Pawel Pogorzelski’s absolutely phenomenal cinematography is some of the best this century so far. The use of motivated camera movement, the mise-en-scène and blocking of the camera and characters in the sets, the insane coordination that went into pulling off so many complex shots, and the use of depth of field to accentuate this ever-present feeling of isolation, it’s all just cinematic sublimity. The use of color is also simply exceptional, and there are few films that really pull off the richness of so many colors without oversaturating the image. Pogorzelski shot the film on the Panavision Panaflex Millennium DXL2, with 5K resolution for the United States scenes, 8K resolution for the Sweden scenes, and finished at a 4K Digital Intermediate. The result is a large-format picture that is cinematically intoxicating. 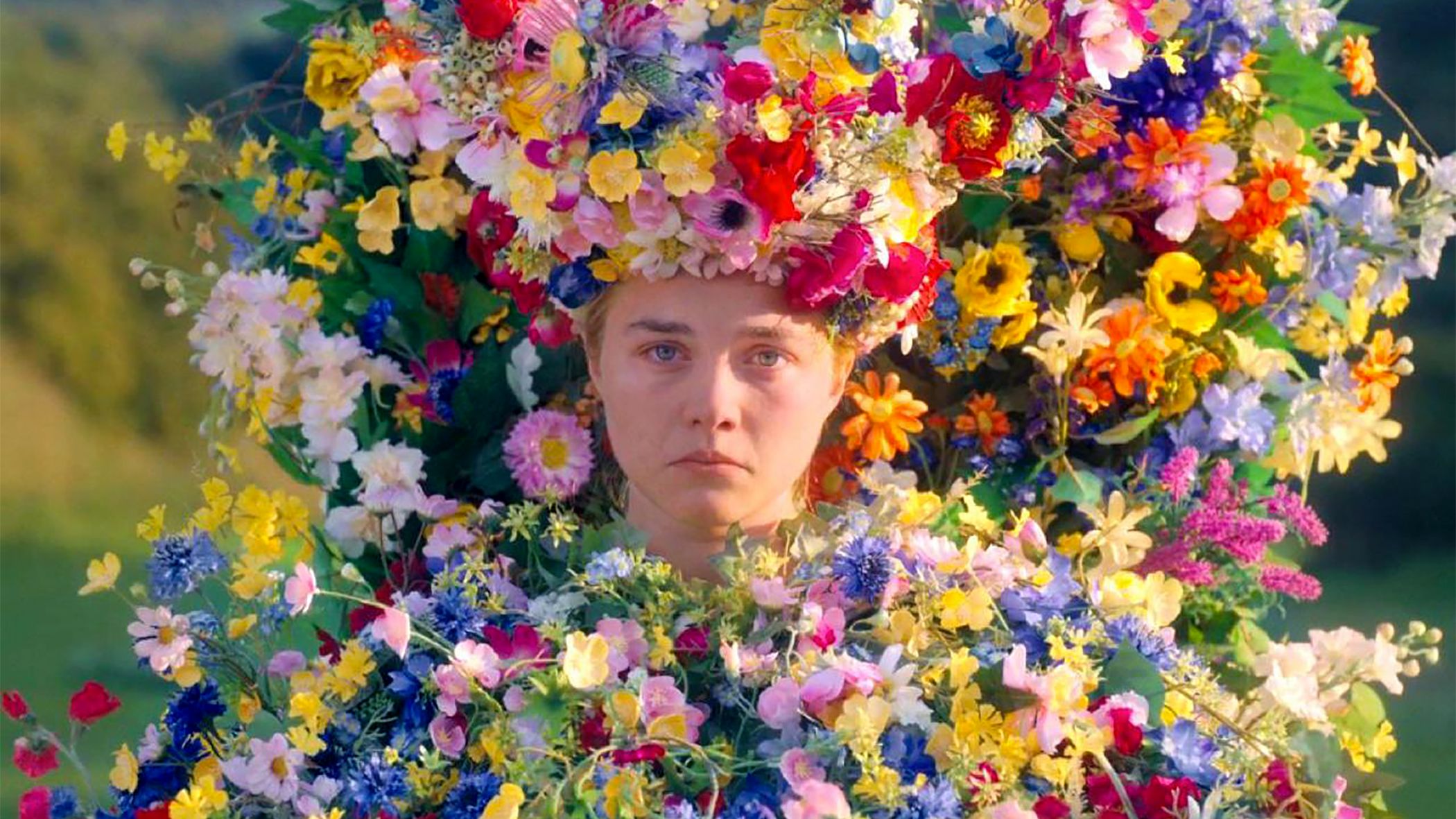 What helps complement these extraordinary visuals is the strength of the elements of sound and original music. The sound design is so richly polished and expertly done. Everything from the lighting of a match, to the lustrous soundscape of the outdoors, to the editing of the audio levels of different people’s conversations by their relative position to the camera placement, it’s all so very outstanding. The musical score by Bobby Krlic, a.k.a. The Haxan Cloak, is awe-inspiring beyond belief. With its marvelous string compositions and bittersweet blend of dreamlike aural bliss and visceral nightmarish moments, it functions as a musical representation of the film’s emotional evocation. Shock and awe.

The way Ari Aster directs this film is simply breathtaking. It feels like a new Kubrick developing his own distinct style in real-time, it’s so electrifying and entrancing for every moment. It is absolutely mesmerizing, and there isn’t a single dull moment. At 147 minutes, nothing feels like it could be added or cut. That is most likely why I didn’t much care for the Extended Director’s Cut. Despite adding more scenes, it really ruins the pacing and slow momentum the film builds so well. It definitely was best to leave it on the cutting room floor as it was originally. Every supporting performance is fantastic, and there is no shortage of incredible moments for every performer.

In conclusion, “Midsommar” is the amalgamation of everything I love in a film. The technical execution is incredible, every aspect of the film is purposeful and reinforce each other’s meaning, the writing is excellent, the director has a clear and articulate vision that they communicate flawlessly, and it makes you feel emotions that only the greatest art can.