Major film studios have a massive creativity problem. Not out of lack of resources or lack of talent at their disposal, but out of an increasingly algorithmic decision-making process to take whatever was financially successful from the previous years and replicate it. The only way to find any substantial funding for mid-range artist-driven films with unique and interesting execution comes from one of two models most commonly. The model of “make one for them, make one for me”, or the model of having a substantial amount of critical and financial success from small-scale productions over a number of years that attract larger producers and financiers. Despite how much easier it is now to make original, unique, and transformative films independently than it was a few decades ago, studios are becoming more and more conservative in what they decide to fund.

You have $ 278 million (€ 234.5 million) given to the 2019 remake of “The Lion King” when you could produce 23 films with each having their respective production budgets equivocal to the 2020 Best Picture winner, “Parasite”. With the ludicrous lack of new studio projects with no attachment to a pre-existing property becoming more and more apparent by the year, many directors have had to learn to work around their limitations in creative ways. One such director is Aneesh Chagnaty, who broke onto the film scene in 2018 with his wildly inventive spin on the “found-footage” genre, “Searching”. Shot entirely in the confines of a computer screen as a father frantically searches for anything to help find his missing daughter, it isn’t only a fantastic debut but a genuinely captivating and incredibly well-presented film with actual mindblowing effort put into the craft of its editing and visuals. It showed incredible promise for Chagnaty, and luckily, he returned with an electrifying sophomore feature. 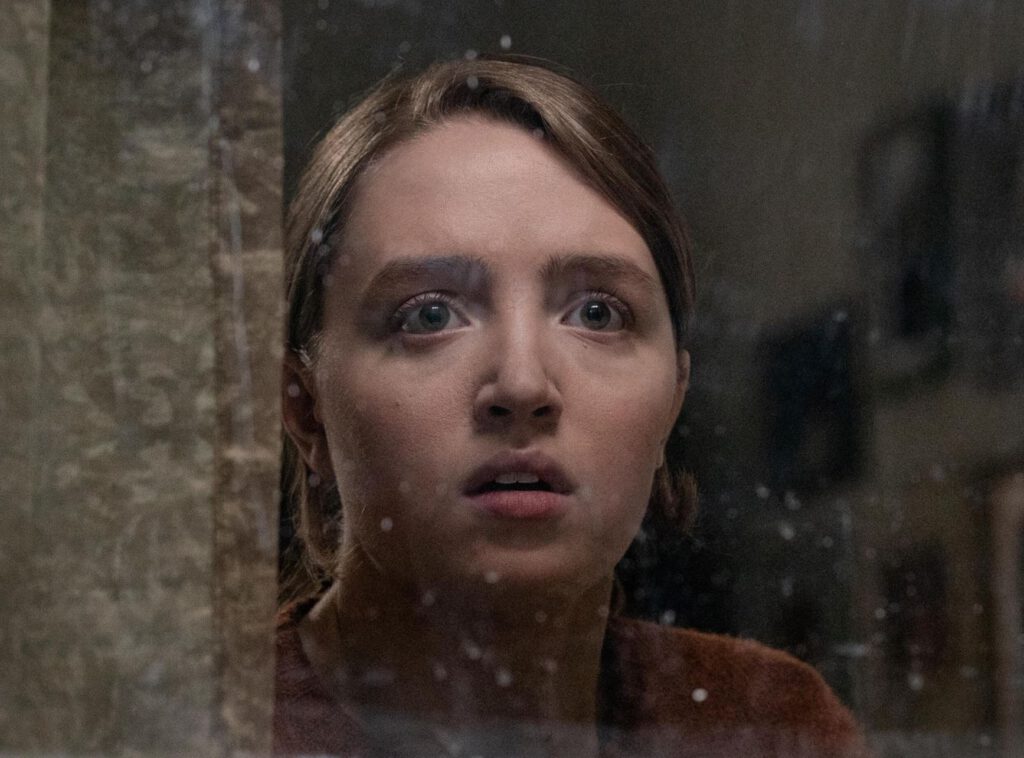 The film follows Chloe, a homeschooled teenager bound to a wheelchair who begins to suspect her mom is keeping secrets from her. What makes “Run” so special is its attention to details where most films wouldn’t bat an eye. The way that situations are set up, the main character’s resourcefulness and intuitive critical thinking, the very logically sound solutions certain characters come up whilst in peril, it’s all very refreshing to see a film that doesn’t shy away from small details and executing things in an intelligent way that doesn’t simultaneously explain everything to the audience, especially in a studio-produced thriller. The presentation of this film is remarkably mature and detail-orientated. We get to see Chloe’s abnormal routine as she works around her physical disabilities almost entirely through very clever visual storytelling and precise editing, and I can’t express how enjoyable it was to see a mainstream thriller film put so much attention to its world-building in a way where you can pick up on subtleties almost constantly that are not spelled out for the audience.

This film also heavily benefits from having a really great main character. Not only is Kiera Allen’s performance pretty outstanding, but Chloe feels like a real three-dimensional person, with lots of unique quirks in her speech and physicality, a great sense of humor and tactile resourcefulness, and is someone you actually really care about and want to root for. She is probably my favorite main character of a film this year so far, and so many films forget to write likable leads, but in this film’s case, it’s easily one of the highlights. Now that Aneesh Chagnaty is working with much more than a computer screen, his talent for visuals really shines through. The film is gorgeously shot, with very purposeful wide-angled shots to accentuate the isolation and claustrophobia our main character is feeling. Shot in 8K on the Panavision Millenium DXL2 with Panavision E-Series Anamorphic lenses from the 1980s, the large format cinematography mixed with the vintage lenses really grounds the film and makes every close-up and reaction shot feel more authentic and impactful. 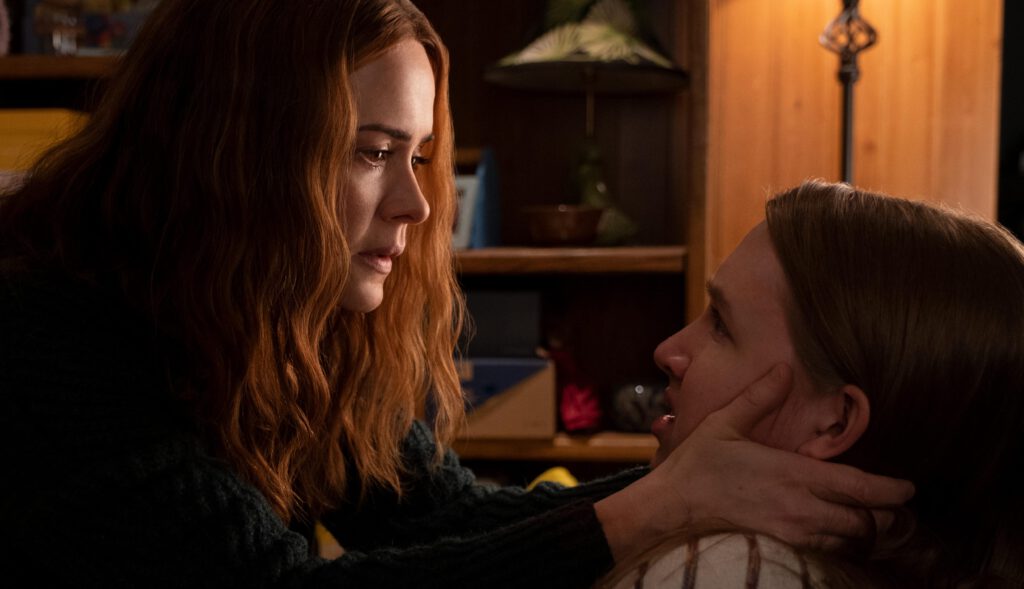 The musical score composed by Torin Borrowdale is very well-done and adds a lot of palpable tension to the film, but it also isn’t overused and lets the film breathe when it needs to. It adds even more tension when there is silence sometimes, and “Run” does that very well. This is probably the most stressed I’ve been watching a film all year, and despite only being PG-13, the violence and disturbing moments in the film are incredibly effective. There is a lot of foreboding dread that really hits hard in the last act, and despite some conveniences and predictability here and there, it didn’t negatively impact my experience at all. The directing from Aneesh Chagnaty is fantastic, and his screenplay, co-written by his producer Sev Ohanian, is great and accomplishes what it set out to do.

I should also mention that Sarah Paulson also gave a great performance and her chemistry with Kiera Allen really sells their mother-daughter relationship. This is a nail-bitingly tense thriller with emotional weight, meticulous visuals, and a phenomenal main character, and Aneesh Chagnaty proves once again his impeccable talent for presentation. I would highly recommend this film to anyone that wants a fantastic thriller that goes above and beyond what most films attempt to achieve with the genre. 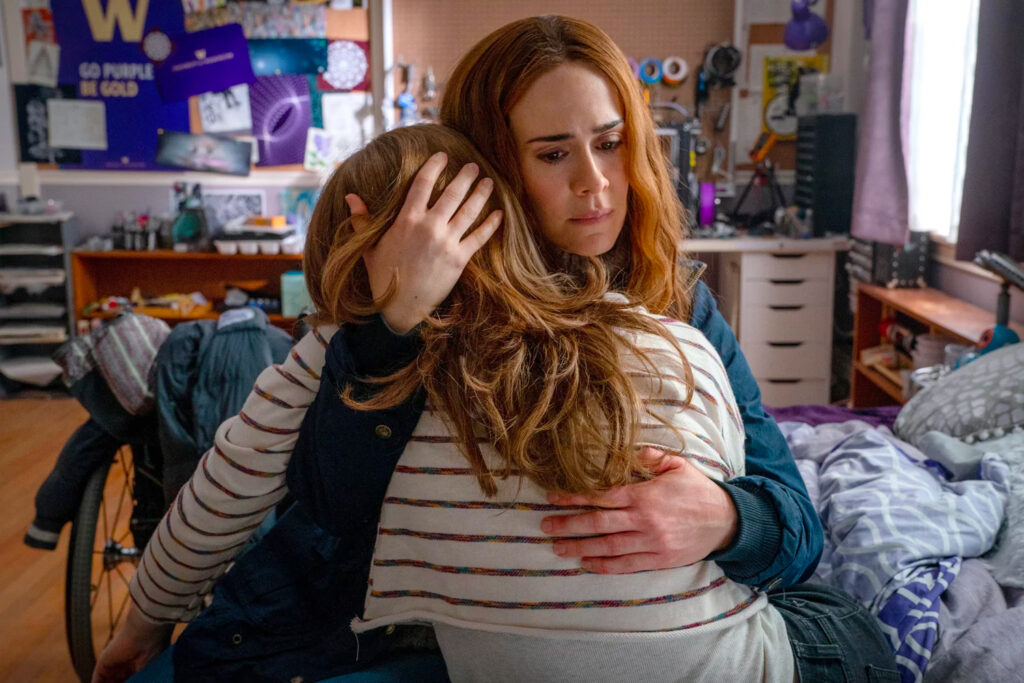 “Run” is available to stream on HULU. Start your 7-day free trial here.

The Emotional Euphoria of "Waves"