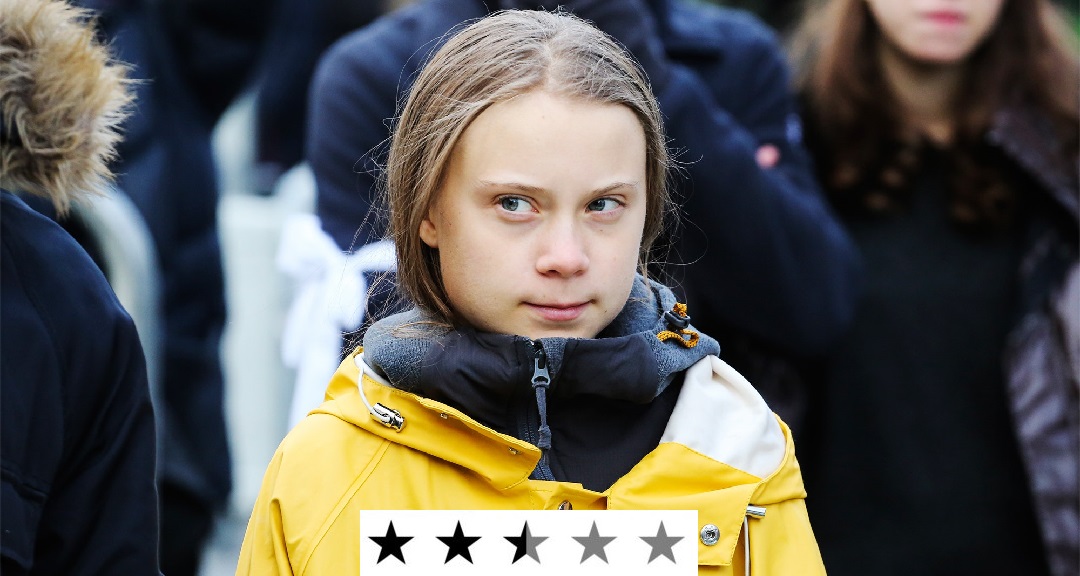 Because of her truly altruistic aspirations, I hope Greta Thunberg perpetuates herself as a symbol of the youth raising awareness of significant social issues, and not as ‘the overly emotional sick girl who has to go to school’. However, if her good deed falls into the wrong hands, she could become a dangerous political weapon. Something that this documentary inadvertently illustrates.

During the film’s premiere in Venice, I exchanged a few polite smiles with the film’s director Nathan Grossman as he thanked me for coming to the screening, and in the film, Greta herself proves that she accepts criticism well, so I don’t think they will start abhorring me for my following comments.

I Am Greta idolises, even deifies, the Swedish teenager (e.g. in one of the scenes in her family home, the sun illuminates her head like a sun goddess), who’s been an outsider (her words) all her life and now seems to have the theory of everything. Based on scientific documents, Greta demands from people and politicians pro-environmental measures—especially the reduction of greenhouse gas emissions, which also means reduced consumption of meat products. Paradoxically, however, the film quite boldly illustrates how Greta uses the microwave (which is as harmful to the environment as the cars—*source). These images tear apart her environmental argument with the diameter of the ozone hole.

Since we’re bombarded with mutually exclusive news articles every day, I think it’s vital for such a movie to mention which media constructively document environmental issues. Although the film denies that Greta symbolises a particular political side (n.b. recently, she openly supported Joe Biden’s candidacy for president of the US), the only media outlet portrayed is CNN—a representative of the left-wing American media. Don’t Greta, and the director know about the effects of microwaves and the fact that pasta with salt can’t give the human body the nutrients it needs? Or how one’s cumulative position regarding socio-political issues can be illustrated on the political spectrum?

Despite the superficial depiction of Greta’s values ​​and their political significance, the directing surprises with the brilliantly crafted illusion that everything was filmed from the very beginning—when Greta was just a girl with a poster in her hand. Also, with the organisation of young and inexperienced actors who look like real personas, Grossman’s ‘invisible-directing’ techniques connote that he can also helm a fiction film successfully. The scene with Juncker in the European Parliament is particularly impressive—not only the acting side but also the way the director and the editing team have arranged the shots so that Greta and the others’ reactions depict everything the viewer has to know.

Grossman’s directorial debut gives wings to Greta whose altruistic side manages to fly above the propagandistic elements that she (let’s say) accidentally represents.