The depths of darkness often hide behind the comedy curtain. Freud once suggested that “humor is the fun-loving id making itself known despite the protestations of the conformist superego”. Some of the world’s greatest comedians, like Robin Williams or Lenny Bruce or Richard Pryor are proof of that. It is clear Judd Apatow’s work seeks to play with pulling the curtain back and forth. He seems, however, to struggle at judging how long to keep it open for. In the case of The King of Staten Island, Apatow, with the greatness of Pete Davidson, nearly realizes his full potential.

The film introduces itself in a darker tone. The opening scene is affecting; you are immediately invested in the protagonist. Enter Scott Carlin, played by Saturday Night Live’s Pete Davidson, fleeing the scene of a minor car collision. Scott, driving with his eyes closed tightly, appeared to be experiencing — what some have dubbed a panic attack — a slight psychological episode. I’m so sorry,” he says looking through his rearview, driving further into the distance. You know then that this person the film follows, is, in addition to self-destructive, sensitive and the path he’s driving on is worrisome. 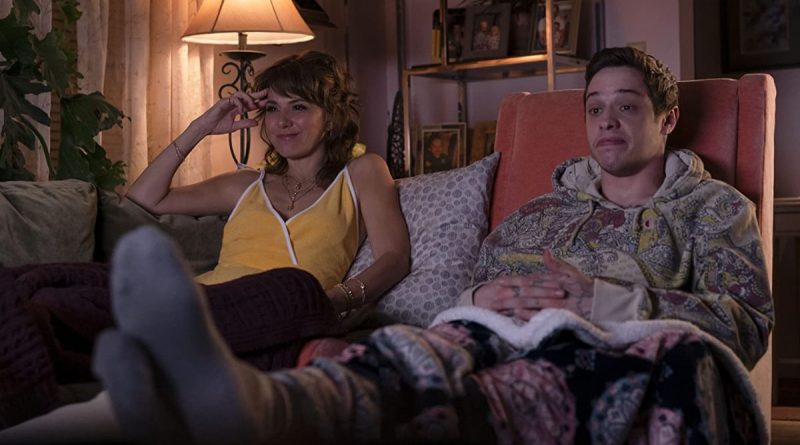 Davidson has been very vocal about how personal this film is to him. His father was a firefighter who died on 9/11 at ground zero when he was seven. In the film, Scott is 24 still traumatized by his father’s death who was a firefighter who died fighting a fire. Scott is stuck in adolescence still living at home with his mother in Staten Island, where he grew up. His inability to let go of his childhood trauma stunted his growth. Which is why this film, in addition to being a grief narrative, is very much a coming-of-age story about a reluctant adult: the quintessential manboy.

Filled with laughs and tender moments. It’s a feel-good that fills the void for a nation in need of entertainment to escape into. Compared to our immediate present — it’s a period piece set in a simpler time. Scott is passionate but lacks conviction. His solution to life passing him by is to slow down time by smoking weed and watching Spongebob; this movie borders on slacker comedy. And while I can empathize with an aversion to the responsibilities of living — life is inevitable. When his sister leaves for college and his mom starts seeing someone new, a firefighter nonetheless, Scott is challenged to abandon his way of being and finally grow up.

Marisa Tomei, who plays Scott’s mom, is amazing as is the rest of the supporting cast. She shares an endearing love interest, played by Bill Burr who is equally brilliant in the film. Bel Powley, Scott’s undefined girlfriend, defies any trope she risked falling under (I genuinely missed her when she wasn’t in a scene). The cast made you want to stay with their characters the whole time. Much of the film’s humor could be found in their exchanges like those of Davidson and Burr. Yet, too much was riding on the vulnerability of Davidson. He had to carry us through the unlikability of the character, who was selfish and at times callous.

The moments in which he is an open wound are the best ones. At one point Scott’s telling his girlfriend who wants to be with him why she doesn’t. He says to her, “there’s something wrong with me. I’m mentally ill. I make impulsive decisions. I get manic, crazy. I’m scared of myself”. He’s suggesting that it’s scary to be with him. It is such a pure moment that feels directly from the heart. Much like the exchange between him and his sister the night before she leaves for college. His sister, who is played beautifully by Maude Apatow, is struggling to communicate with him while he further plays into his role in the family as the identified patient — the sibling who constantly gets attention for being “crazy” while the other sibling must be normal enough for the family to be stable. The characters, much like in any Apatow film, feel very lived in. Had that tonality remained consistent the film might not have felt as off-center as it did at times.

Finding humor in the trajectory of adults who struggle to grow up is a true-to-form Apatowian affair. A trope he birthed into existence with The 40-Year-Old Virgin, Knocked Up and Trainwreck. His directorial style is known for heavy improvisation, which in The King of Staten Island, causes the film as a whole to veer off. As much as the characters feel real, their dialogue at times is off-beat and repetitive. Apatow’s style is kind of meandering. The narrative gets shaggy where it should be tighter. Take the plotline of his friends’ failed attempts at robbing a pharmacy of oxycontin for example. It was not crucial to Scott’s arc who frankly had no involvement. It was that kind of silliness that distracted from the central arc evolving. The film zigzags between comedy and drama in an erratic way depriving the audience enough time for the hard truths in the film to sink in. 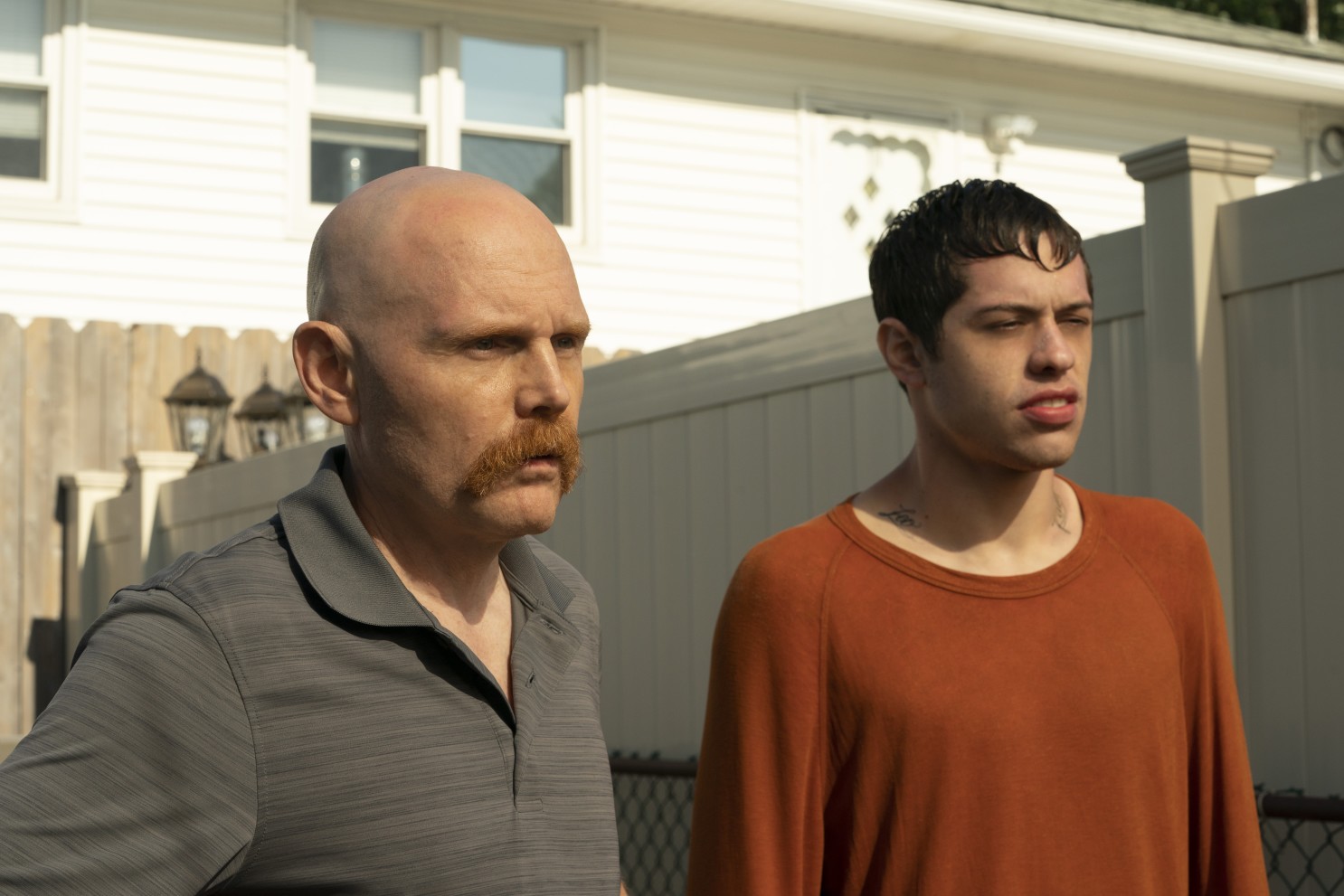 The King of Staten Island is a grief narrative that follows Scott in his struggles to grapple with the emotional impact of the loss of his father. Grief is not something that just disappears at will and the film successfully represents this. But trauma is not the only thing this character is struggling with. He has far more demons, which might have served the film to dive into. They proved their strengths in the opening scene, and much like Scott, drove away apologizing. I did, however, feel taken with the closing scene where we are at One World Trade with Scott as a Kid Cudi song plays us out. The autobiographical context is not lost on the viewer who is there at the site of the pain with Petet Davidson, ready to be at one with his grief. Kid Cudi, the melancholic soundtrack of this generation, opening and closing the movie was perfect.

The sentiment at The King of Staten Island’s core supersedes the narrative’s structural issues. A film that makes you laugh and think is not to be negated. A movie that serves the purpose of entertainment to a nation that’s desperate for something fresh. And if anything, it’ll make you want to give Davidson a hug.