As more and more adaptations and reimaginings of classic films and books become more rampant by the year, many major studios have bet wildly expensive production budgets on films adapted from young adult novels. Some like “Hugo”, “Coraline”, “A Monster Calls”, and the “Harry Potter” film saga have turned out incredibly well, with lots of talent behind and in front of the camera.  Ever since Disney fell through negotiations to create a themed Wizarding World area at their theme parks due to refusing for J.K. Rowling to have a train that took people into the park, the company has been in hyperdrive in an attempt to fast-track a new young adult film franchise that can be as popular as the pop culture phenomenon before it.

This attempt resulted in the 2018 film “A Wrinkle In Time”, a $100 million-dollar nightmare trainwreck that ranked among the worst studio films of the new millennium. Not only did it entirely miss the point of the original novel, but they ran it over repeatedly with a Disney-sized freight train until it was indistinguishable. Their following attempt came with Eoin Colfer’s beloved Irish fantasy series about a criminal mastermind, priced with a budget of $150 million, and with its seven sequels to the original first novel, there was enough story to make films for the next decade if it proved a success. Perhaps if a filmmaker with any knowledge or passion for the source material was handed the reigns to this adaptation, we could get a faithful and entertaining film series that captures the novels well.

Instead, Disney tapped director Kenneth Branagh and writer Conor McPherson, who seemingly neither had any interest in the books at all, and the two decided to create a sort of thesis for this film that would plague everything it touched. “What if we made the story of a criminal mastermind, not a criminal mastermind?” Most of the original elements of Colfer’s books were thrown out or replaced with much worse ideas. What we are left with is a hollow, incoherent, bafflingly misguided C-level “Spy Kids” imitation with no soul.

This is a film that is broken to its core. Almost every artistic decision was absolutely godawful, and it is genuinely difficult to understand how anyone at Disney could sign off on any of them. Despite how unprofessional and laughable the presentation of this film was, nothing compares to the utterly crackbrained screenplay. I genuinely have to preface that it is entirely unhyperbolic when I say that this film has nothing but exposition for the first 55 minutes of this 94-minute runtime. The opening 16 minutes is an unbroken voiceover of a character talking to the audience, explaining scenes as they’re happening. It’s like a cringe-inducing mandatory audio commentary that is laughable how unnecessary and painfully unfunny it is, but it simply never stops. There isn’t a single scene until the final and only fight scene of the film where it doesn’t narrate what is taking place on-screen.

The performances are horrific across the board. Ferdia Shaw as young Artemis Fowl is on the level of Jake Lloyd in “The Phantom Menace”, and I feel so incredibly bad for the young actor’s debut performance being directed and written this horrendously. There is no charisma or convincing line delivery for a moment, and Lara McDonald as Holly Short definitely wasn’t as bad as him, and she was definitely trying, but she still had to speak the most ear-screeching dialogue with no clear direction. If the film had an actual relationship developed between these two, and you kept McDonald and replaced Shaw, I can easily see it actually working, but as it is, the chemistry of these friends is non-existent. Josh Gad was especially horrible as Mulch Diggums, and the voice he puts on throughout the film is just laughable.

The visual effects were atrocious, and the over-reliance of computer-generated imagery made everything feel so incredibly artificial. The design of every single creature was repulsive, the costume design and makeup were noticeably awful, and the blocking and mise-en-scène were completely incoherent and jumbled. There wasn’t a single joke that landed either, and the only times it took itself seriously was when it was absolutely hilarious. For a film with such wild places they could’ve explored and so much money behind it, it feels shockingly small-scale and uncinematic. 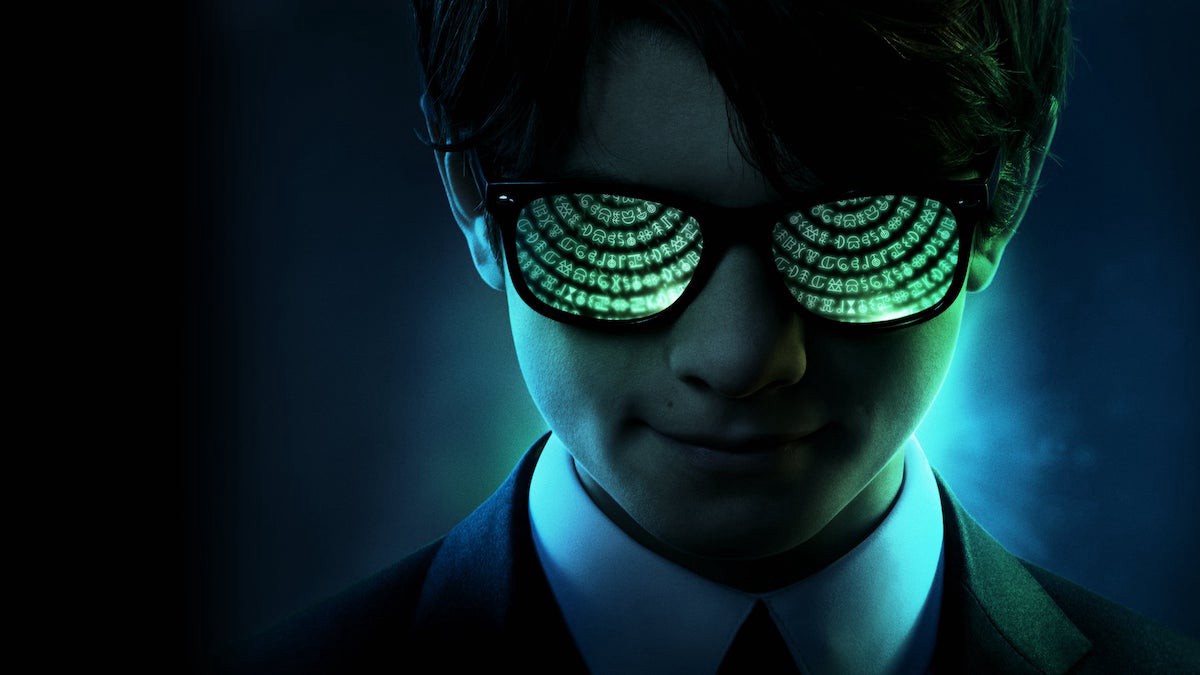 The sad thing about “Artemis Fowl” is that there is actually talent here that is simply wasted. Not only are Judi Dench and Colin Farrell phenomenal actors who are completely wasted here, but Kenneth Branagh has directed several great films, all of which are historical epics or Shakespeare adaptations. He definitely doesn’t work well in modern-day kids films at all though. This isn’t a film as bad as “A Wrinkle In Time” or “The Lion King (2019)”, and there are a few things I can at least admire with this film. Despite not being that good, the musical score at least tried to be unique and had some interesting Celtic musical influences. There were a couple visually interesting shots that were effectively surreal, and there was one pretty entertaining scene with a time freeze during a wedding. Other than that, it was pretty abysmal throughout. Quite honestly, the most interesting fact about this film is that the original trailer only has 1 shot of the final product.

“Artemis Fowl” is a jumbled mess with a studio who has no care for artistic creativity or unique storytelling, a filmmaker entirely out of his element, and a ludicrous script with not a single drop of enjoyment its source material captured. For a movie surrounding magic, few films feel this lifeless.

“Artemis Fowl” is now available on Disney+. Sign up here.