“The Green Knight” is a slow-burn tale about mortality and the journey of finding oneself. It’s a truly stunning piece of cinema, with a stellar cast giving great performances, visuals that deliver beyond what I imagined, a perfect mix of mystery, passion & tragedy, and a feeling of grandeur, scope & impending doom.

The original poem Sir Gawain and the Green Knight centres around – not surprisingly – Sir Gawain, Arthur’s nephew and a knight of perfect chivalry. Gawain is an established figure at the Round Table, with a spotless reputation for all things knightly: generosity, courtesy, and above all, courage. So, when he breaks a pact with his host in order to save his own life, Gawain is devastated. He’s learned that no matter how perfect he has tried to be throughout his life, when it came time to lay down his life voluntarily, he was a coward.

By contrast, the opening scene of The Green Knight finds Gawain drunk in a brothel on Christmas morning, in the tradition of so many medieval movies and television shows in the last few years. This Gawain is not a knight – as he often reminds us – and holds almost none of the knightly qualities of his medieval namesake. The quest that he sets out upon is meant to test his mettle; to see whether he can rise to the challenge and face both danger and certain death with courage.

The original contest still makes up the main plot of the film: a mysterious green knight enters Arthur’s hall at Christmas (not New Year’s this time), and challenges a worthy knight to strike one blow, which is to be returned in one year’s time. Gawain steps up and beheads the green knight, sealing his own fate. When the year is almost up, Gawain sets off to find The Green Chapel and submit to his own beheading. 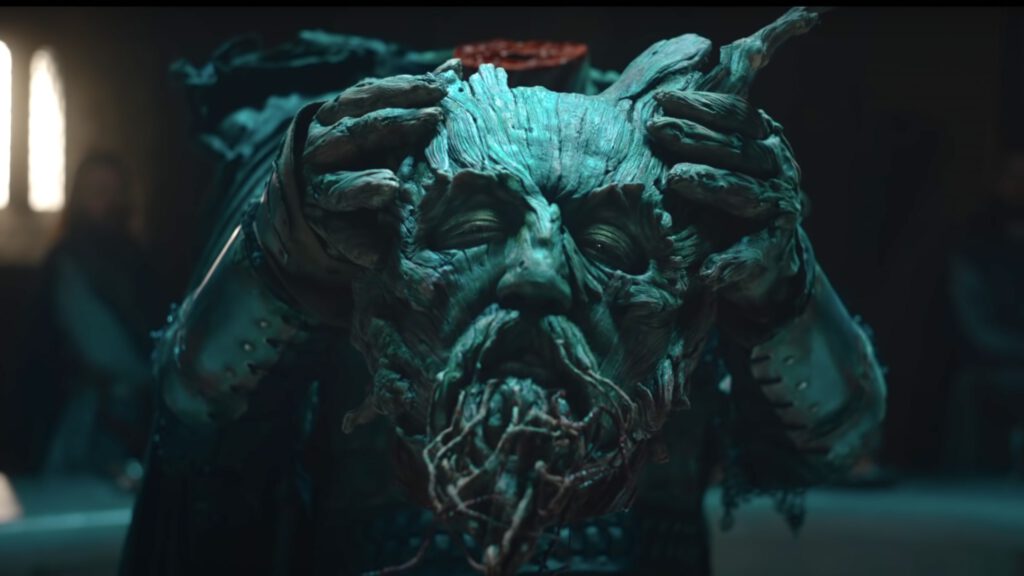 After all, this is no straightforward Arthurian adventure movie. Though the pre-release marketing (and excellent posters) promise a rollicking, frightening, and—dare I say it—commercial sword-and-horse action flick, the film’s tone hews more to the spirit (if not the letter) of the poem: it is strange, unsettling, gnarled with uncertain meanings and irreal landscapes. In places, yes, it feels like a majestic highland adventure with Game of Thrones or Lord of the Rings scope, but more often it almost feels like a Terrence Malick-ish tone poem with Lars von Trier-level intensity. Though Lowery takes liberties with the original story (which sometimes annoyed and sometimes delighted a longtime fan like me), the film is ultimately as difficult, and as rewarding, as the original Middle English.

The Green Knight is undoubtedly beautiful. Every shot is perfectly framed. The lighting is ethereal and strange, shades of yellow and red and green filtering through the dust motes. But it’s here in the musing that modern audiences will likely get lost. The Green Knight has many long, long artistic shots and philosophical speeches, and many moments where Gawain is simply alone in the landscape. Although Dev Patel has a captivating presence and really lives the role, there are many points where he is (rightly) just giving us suffering. Since the title holds the word “knight” in it, and it’s a medieval movie, modern audiences may easily go into it expecting massive battles and not a man’s internal struggle. While the characters in the poem have many happy moments, the film has a very typical “medieval” joylessness, and without epic battles, it’s hard to say if modern audiences will be willing to suffer with Gawain for the long haul.

Ultimately, the final sequences of the film are some of the most thrilling: a breathtaking fast-forward through the rest of Gawain’s life that dumps us quite ceremoniously indeed into a moving, ambiguous final moment. I don’t want to say too much about the ending, except that it’s here that Lowery really strays from the original text, in ways that deepen and complicate it. After all, it was never really about whether Gawain survives his encounter with the Green Knight; it’s about whether he survives his encounter with himself. Whether he’s a man for a moment or a lifetime, in the end, he finds his way.

“The Green Knight” is one of the true transformative movie experiences of the year, demanding and rewarding the choice to see it on the biggest screen possible. An unusual fantastic tale that makes the viewer leave the theatre with the simple question “Why greatness? Is goodness not enough?” 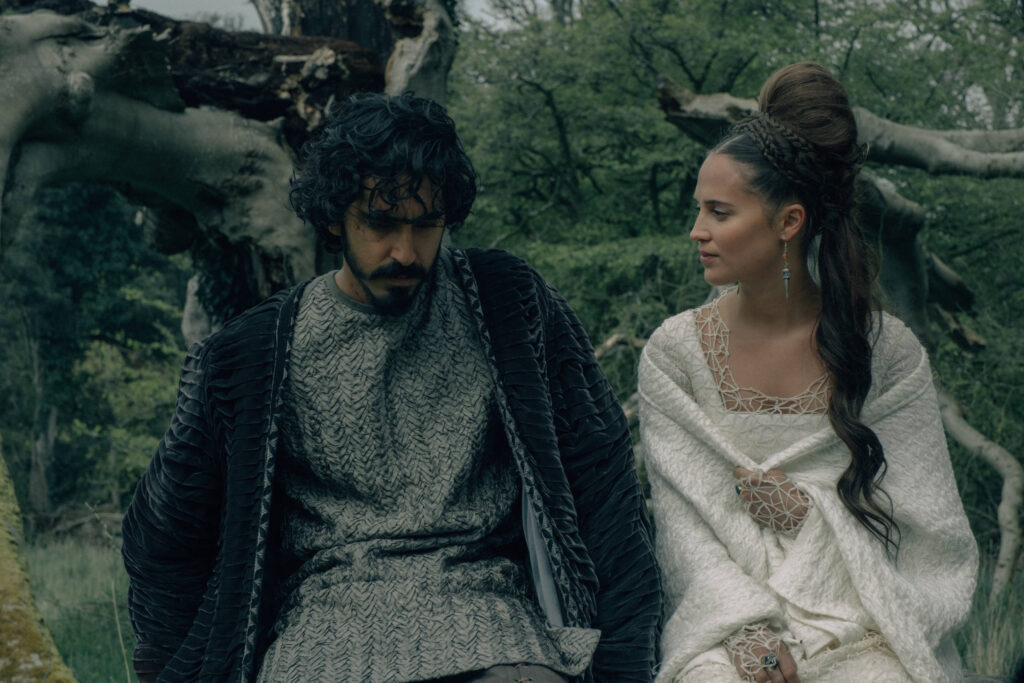