As we have crossed the threshold of the first two decades of this new millennium, we have been lucky enough to experience some of the most gorgeous displays of cinema in history. The rise and evolution of digital cinematography has allowed for some of the most mind-blowing camerawork, whether it be the 42-minute unbroken shot in 2018’s “Climax”, the natural lighting and insane tracking shots in 2015’s “The Revenant”, or the awe-inspiring films executed entirely in a single unbroken shot with 2002’s “Russian Ark” and 2014’s “Victoria”. This new millennia has also given many filmmakers the ability to have a much wider array of visual choices, from the still widespread use of 35mm Kodak film stock, to the emergence of IMAX 70MM 15-perf film and 65MM film stock being popularized from Hollywood epics of the 20th century and from nature documentaries, and being implemented in large-scale productions from the likes of Christopher Nolan, Quentin Tarantino, Paul Thomas Anderson, JJ Abrams and Kenneth Branagh. More visually arresting films are being produced now than ever before, and in complementary fashion, more and more films have a keen focus on atmosphere.

Modern filmmakers like Lee Chang-dong, Paolo Sorrentino, Gaspar Noé, Alejandro González Iñárritu, Xavier Dolan, Robert Eggers and Barry Jenkins are masters of creating absolutely euphoric atmospheres in their films, so much so that it really makes you feel like you are in their worlds. But if there is one modern director who knows how to take all of the elements of visual composition, music, acting, editing, sound design and camerawork to create a mood that is infectious beyond belief, it’s Luca Guadagnino. He most definitely has the ability to create a terrifying and uneasy mood incredibly effectively (look no more than his 2018 masterful horror period piece reimagining of “Suspiria”), but he succeeds the most at making a cinematic ambience that envelops you into his vision wholeheartedly . 2009’s “I Am Love”, 2015 ‘ s “A Bigger Splash” and last year’s HBO limited series “We Are Who We Are” are wonderful examples of how Luca so effortlessly transports you to an exact feeling and keeps you exactly where he wants you as a viewer. But no other film of his, or any other film in the last two decades, is as simultaneously mesmerizing, relaxing, ecstatic, lively, euphoric and intellectually satisfying as his 2017 magnum opus “Call Me By Your Name”.

It is hard to sit here and write about exactly why I love this film so much, but I will do my absolute best to try. Maybe it is because I have a bias for homosexual period pieces filled with philosophical and historical intrigue, color-coordinated costume design, majestic music, and constant displays of paintings, statues and cullinary art, but I think there’s much more to it. While I did thoroughly enjoy “Call Me By Your Name” back when I first saw it in late 2o17, it wasn’t something that wowed me to the extent it does currently. Even back at the beginning of March of 2020, when I originally released my best-of-end-of-decade list for the 2010s, the film only ranked at # 34 and almost didn’t even make the list. Fast forward 9 months, and it’s in my top 10 films of all time. This is where 2020 definitely comes into play. Having to spend the majority of the year in quarantine and looking at the same outcome for 2021, my perspective on film as a whole has been altered. I am well-known to most of my friends and family as an ambassador for depressing foreign cinema, which is definitely not inaccurate.

Most of my favorite films hit a certain trajectory, either a) spoken in a different language, b) leaves you emotionally gutted, c) does not follow conventional storytelling, or d) is all of the above. I enjoy film because it is an audiovisual experience that allows you to become emotionally overwhelmed like no other art form can. The films I gravitate to more often are films that have an incredibly dark or tragic element to them, out of the desire to either feel uncomfortable emotions that the film forces you to subjectively witness and absorb, or because they are the films I relate to the most psychologically. Gaspar Noé is my favorite filmmaker for that exact reason. When isolation really began to take its toll though, I had to find films to bring comfort to me.

Most films follow a simple story structure, with a beginning, the inciting incidents, rising action, a climax, falling action, and a resolution, but besides the start and end set in stone, “Call Me By Your Name” throws all conventional storytelling off the face of the earth. It functions very much so like a painting, with broad strokes giving texture and character, surrounded by hundreds of miniscule facets and details to create the picture. There is a very prominent “slice-of-life” quality to every moment of the film, where the process of eating a soft-boiled egg is as important as a character monologue, or a single shot of a 1980s televised music video has as much purpose in establishing the location as the period vehicles in the background of exterior scenes. Having one of the most intense and monumental scenes of your film just be a shirtless man incredibly vigorously playing the same song three times in the styles of different composers is quite the power move, and really does show where the film’s care truly lies. It is here to make you feel a sensory experience that matches the one the characters are having as the film progresses.

All of these elements working together makes this film feel so incredibly lively and grandiose, while also still making every single moment feel so intimate. The sensory experience at play within this grand experience is what elevates it even higher than it already is. Every single time a character is eating, it looks like the most delicious thing to ever exist. Every painting in the Perlman’s house is something I want hang on my wall, the locations are all absolutely gorgeous and it makes me want to visit every single one. Human sensuality is something I have never seen portrayed so extraordinarily well on film more than this. It is also refreshing and beautiful to see a film realistically portray gay romance without needlessly adding in excessively gratuitous sex scenes and nudity. With all this said, I have not even mentioned the absolutely outstanding presentation.

This is a film where the atmosphere is so highly reliant on just how jaw-droppingly gorgeous Saymbhou Mukdeeprom’s cinematography. Shot entirely on classic 35MM film with high-speed Kodak Vision3 500T 5219 film stock, the Arricam LT, and a single 35mm focal length Cooke S4 lens (my personal favorite line of lenses), the film is stunningly gorgeous from the title credits to the last production company logo at the end credits. The 35MM film gives the image the 1980s nostalgic look so well, and the Cooke S4’s are incredible lenses with beautiful skin-tones, a painterly out-of-focus distortion on the edges of the frame, and perfect color reproduction, really adding a whole ‘nother level of intimacy to the visuals. It is almost ludicrous that a single shot of used swimming trunks drying on a bathroom hanger is more beautiful and more artfully presented than entire films. The music is just as extraordinary in evoking the emotions on-screen, and the original songs from one of my all-time favorite musicians Sufjan Stevens are incredibly beautiful and emotional.

The performances from every single actor is just perfect in every way. Timothée Chalamet and Armie Hammer as Elio and Oliver have the best romantic chemistry between two actors on-screen that I can remember, and Michael Stuhlbarg and Amira Casar as Elio’s parents can be best described as incredibly wholesome. They portray very supportive and understanding parents, which is quite the rarity for gay romance films, and in general, this film steers away from pretty much every gay romance trope perfectly. There are so many sequences that can not be described in any other way than that they are like a drug. The level of sensory pleasure this film oozes in every breath of its runtime is uncompromising and absolutely second-to-none. This is a film that I have easily seen more than forty times in the last six months, and it is a film that has slowly inched its way to the top of my favorite films list. In the tens of times I have seen it, there has never been a viewing where I did not find more to love about the film.

It is a film that is somehow incredibly relaxing while also allowing you to delve way deeper into all of the complex thematic parallels to the paintings and sculptures, the philosophical discussions being had, the dissection of historical events, and all of the incredibly miniscule motifs that have taken so many viewings to fully unravel. This is a film with endless layers to get easily lost in. The screenplay is one of the best I’ve ever seen put to film, the directing is so incredibly purposeful and injects the most simplistic moments with radiant light, and there are few films to ever be released that has left this deep of an impact on me. At this moment in time, it is in my top 10 favorite films of all time, and I guess we will just have to wait to see how much further up it will go. As decades pass, I think it will be reflected upon decades down the road as one of the best films ever made. While its slow pacing and unconventional structure is not for everyone, I implore anyone who has not seen it to seek it out and hopefully fall in love with it as much as I have. 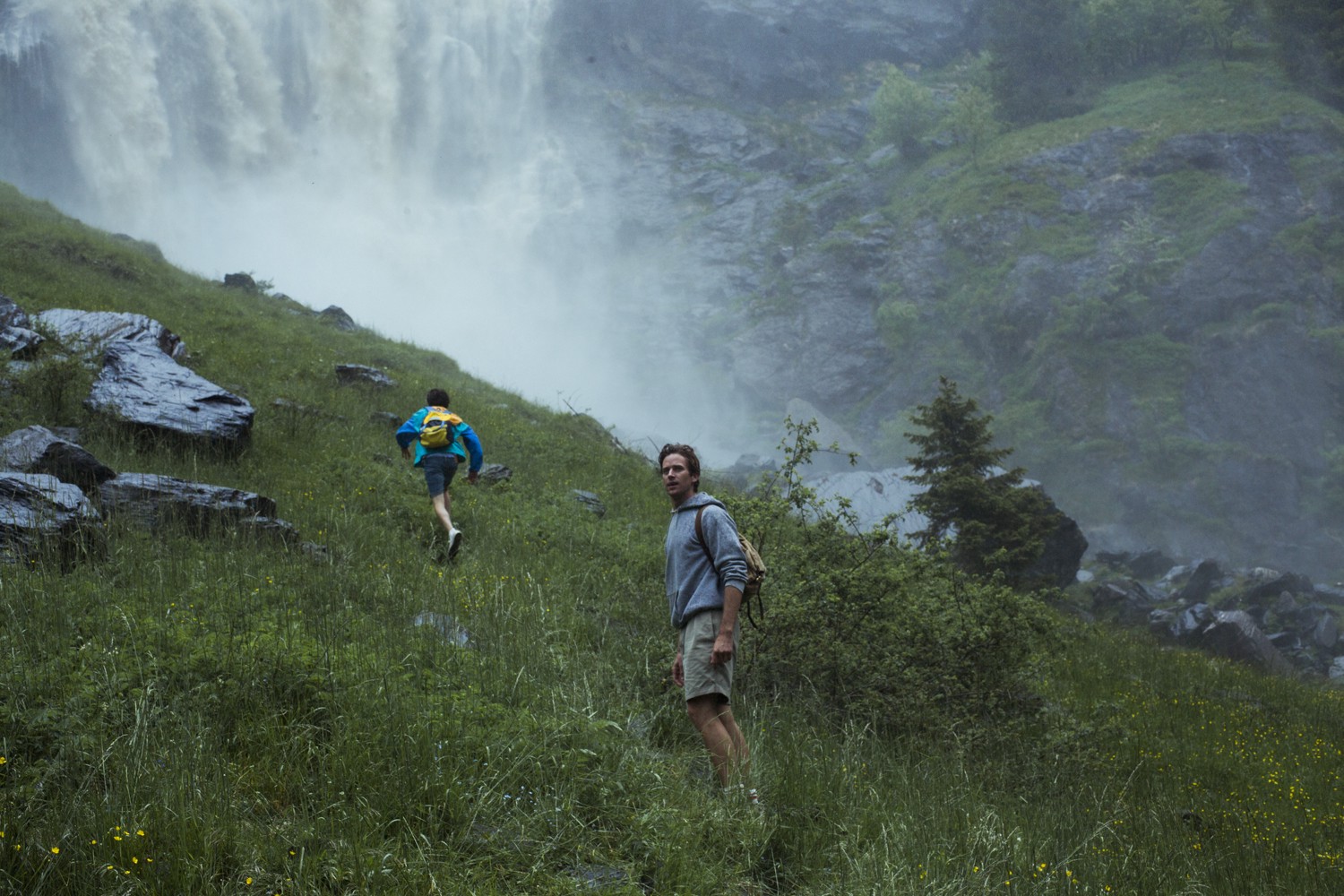 “Call Me By Your Name” is available to rent or buy on Amazon Prime Video here, or available to stream on STARZ. Start your 7-day free trial here.