Ever since the beginning of humanity, terrible suffering has plagued countless lives. Film has always been a way to express torment too unimaginable to put to words, and it is only natural that stories of war would fall into that category. From Andrei Tarkovsky’s “Ivan’s Childhood”, to Volker Schlöndorff’s “The Tin Drum”, to Elem Klimov’s “Come and See”, to László Nemes’ “Son of Saul”, these heartbreaking and horrific magnum opuses have been seared into the hearts and minds of the cinephiles who have experienced them. But very, very few films have ever reached the same height of gut-wrenching suffering those aforementioned have. Until now.

This is the 11-year-long passion project of writer/director/producer Václav Marhoul, and is an adaptation of the novel by Jerzy Kosinski. This Czechoslovakian film follows a lone young Jewish boy in Poland seeking refuge in World War II, as he encounters the worst and most reprehensible acts a human could endure. This is one of the most disturbing and hopeless films to come out in years. The absolutely horrifying scenarios this child is put in is viscerally painful to watch, with each new character he encounters brutally abusing him, rarely finding even a shred of humanity in a Nazi-occupied barren wasteland.

What makes the film so unbelievably effective is the incredibly meticulous detail and care put into every aspect of the presentation and filmmaking. I don’t think there is a single other film I’ve seen since “Blade Runner 2049” with such painstakingly detailed sound mixing and sound editing. Every single second is just absolutely layered with such a resounding depth of atmosphere. The film doesn’t even have a musical score, but it doesn’t need it at all. The blood-curdling screams and cries on display are plenty fitting music for the tragic and bleak world this film presents.

One of the most impressive aspects of filmmaking that Marhoul pulls off seamlessly is the scope and scale of the universe. Despite a budget of only 175 million Czech koruna ($7.5 million in US, €6.5 million in Germany), it looks like a film that could’ve easily cost upwards of five times that amount. Despite seeing only from the perspective of a 10-year-old boy, you feel as if there is so much more around him that we can’t see. The film feels so incredibly authentic in every choice and decision it makes artistically, from its costume design, to every single set, to the unflinching despair that is present in every frame.

The obvious standout in the filmmaking department is the drop-dead-gorgeous visuals. Shot on the Double-X 5222 monochromatic 35mm film stock with Arri film cameras and the magnificent Hawk V-Lite anamorphic lenses, Vladimír Smutný’s cinematography is some of the most outstanding black-and-white photography ever put to film. Every camera movement has a motivation, the lighting is utterly superb, and the exceptional detail captured in every shot makes it a complete feast for the eyes, despite how much the film’s content makes you want to look away.

Despite the petrifying content in nearly every scene of this film, the impact of each atrocity is so much more painful because of how the worst parts are left up to your imagination. Acts of terrible violence are shown in passive and unfeeling shots, or are implied to leave your mind to think of what terrifying visuals must accompany the guttural and blood-curdling sounds we hear. A substantial reason why so many of those moments work as well as they do is the acting. 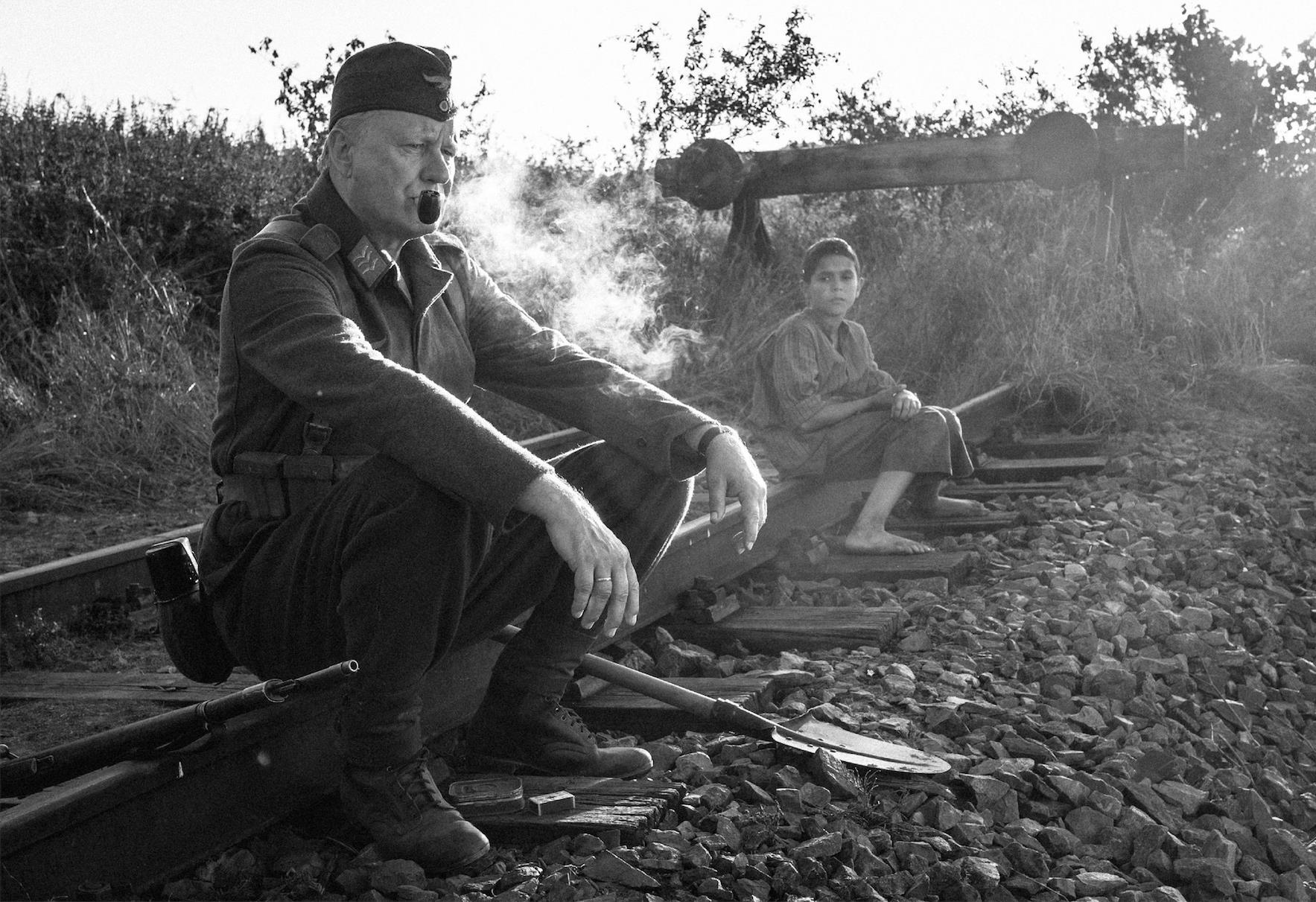 The performances are all pretty perfect, most specifically Petr Kotlár, who despite never acting before and being only ten when the nearly 2-year-long filming process finished, singlehandedly carried the 169-minute runtime without a single moment feeling unconvincing. As the film is split into eight distinct chapters, the supporting actors never linger for long periods of time, usually only for five to ten minutes, but each one is perfectly cast, and what’s especially interesting is the lineup of famous actors that make incredibly small appearances.

Udo Kier, Stellan Skarsgård, and Harvey Keitel all have roles in “The Painted Bird”, but stray away from ever feeling like the actors. That definitely has something to do with none of them speaking their native tongue, but it’s still a testament to them doing so much with so little screentime. That is a large contrast to the almost entirely debut cast, with hardly any other actor having any film credits. Despite this being a film I absolutely adore to no end in every single respect, it is also an incredibly difficult film to recommend to anyone.

For a film with child murder, child abuse, bestiality, rape, pedophilia, nazism, tens of brutal deaths, and an unforgivingly relentless tone of total helplessness, it would near-impossible for me to recommend this film to anyone who can’t handle the abhorrent content. Even putting that aside, the 169-minute runtime goes by at an especially slow pace, so if you aren’t into the slow cinema movement, I would opt out of viewing “The Painted Bird”. It is also important to note that this isn’t a film attempting shock value or to be edgy. Every single moment, no matter how horrifying, is shown an incredibly grounded way that is essential to Václav Marhoul’s vision.

This is an uncompromising masterclass in filmmaking that viciously shows the worst humanity has to offer, and I have no problem calling this not only the best war film of this century so far, but one of the best films I’ve ever seen. 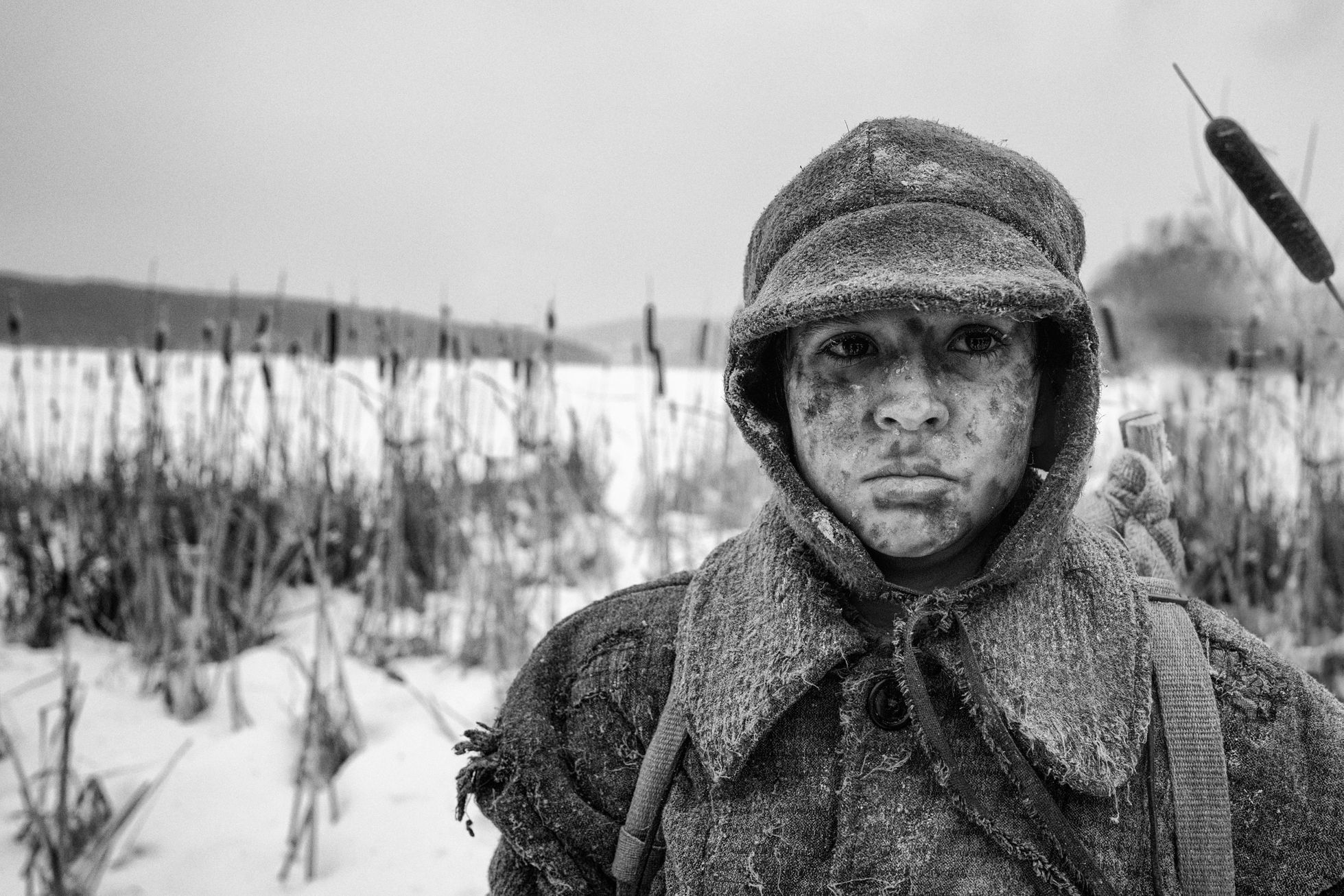 “The Painted Bird” is currently available to rent on Video-on-Demand.