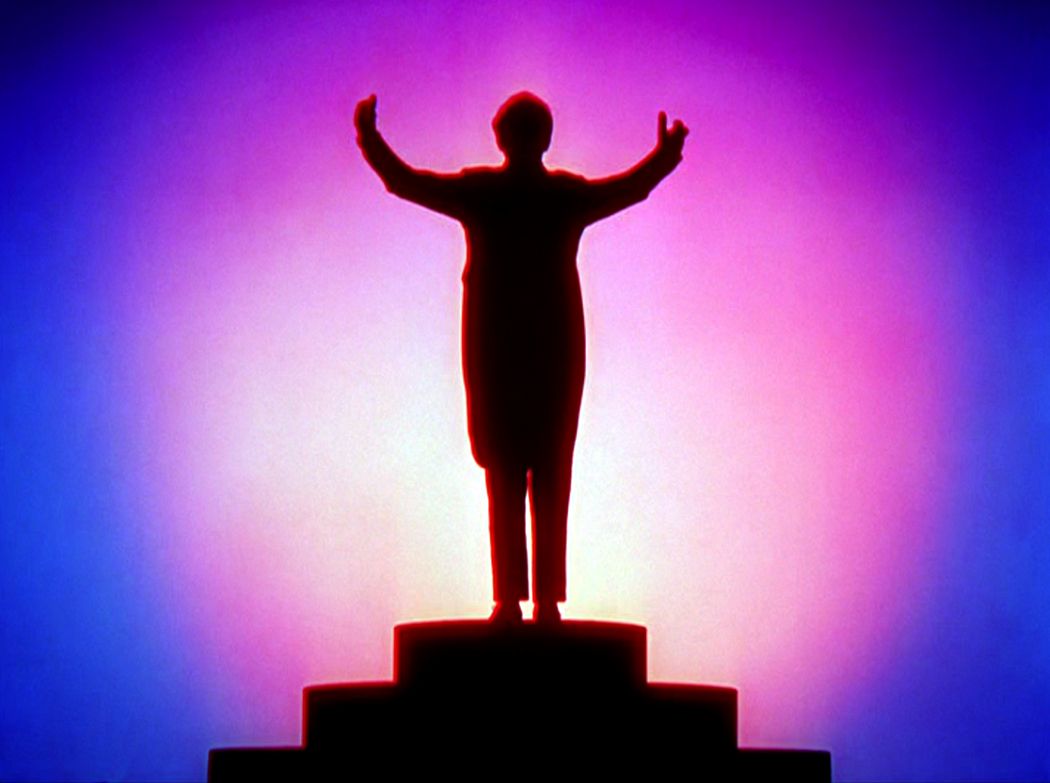 As cinema has evolved through its 132 years of history, its stages of transformation have been monumental in the artistic expression of millions of people across the world. From the transition to silent films to talkies with “The Jazz Singer” in 1927, to the first fully animated feature film with “Snow White and the Seven Dwarfs” in 1937, to the creation of the blockbuster with “Jaws” in 1975, there has been one constant that has tied this expansive history together. Music.

Before talkies, music was arguably the largest tool in eliciting the emotional response of an audience. Without it, the impact of a silent film was commonly rendered numb. This impact has carried through every cinematic progression and advancement. Imagine “A New Hope” without its music, imagine the plane boarding scene in “Casablanca” without the music, imagine the standoff in “The Good, the Bad, and the Ugly” without the music. It strips away the emotional DNA embedded into the picture.

While many wonderful directors like Michael Haneke and Andrey Zvyaginstev make films that work perfectly without music, there are so many unbelievably wonderful original scores for films that just tie its cinematic experience together flawlessly. I’m here to highlight what I believe to be the seven absolute greatest originally composed musical scores of all time. I will be talking about these in ascending order, with #1 being my favorite. 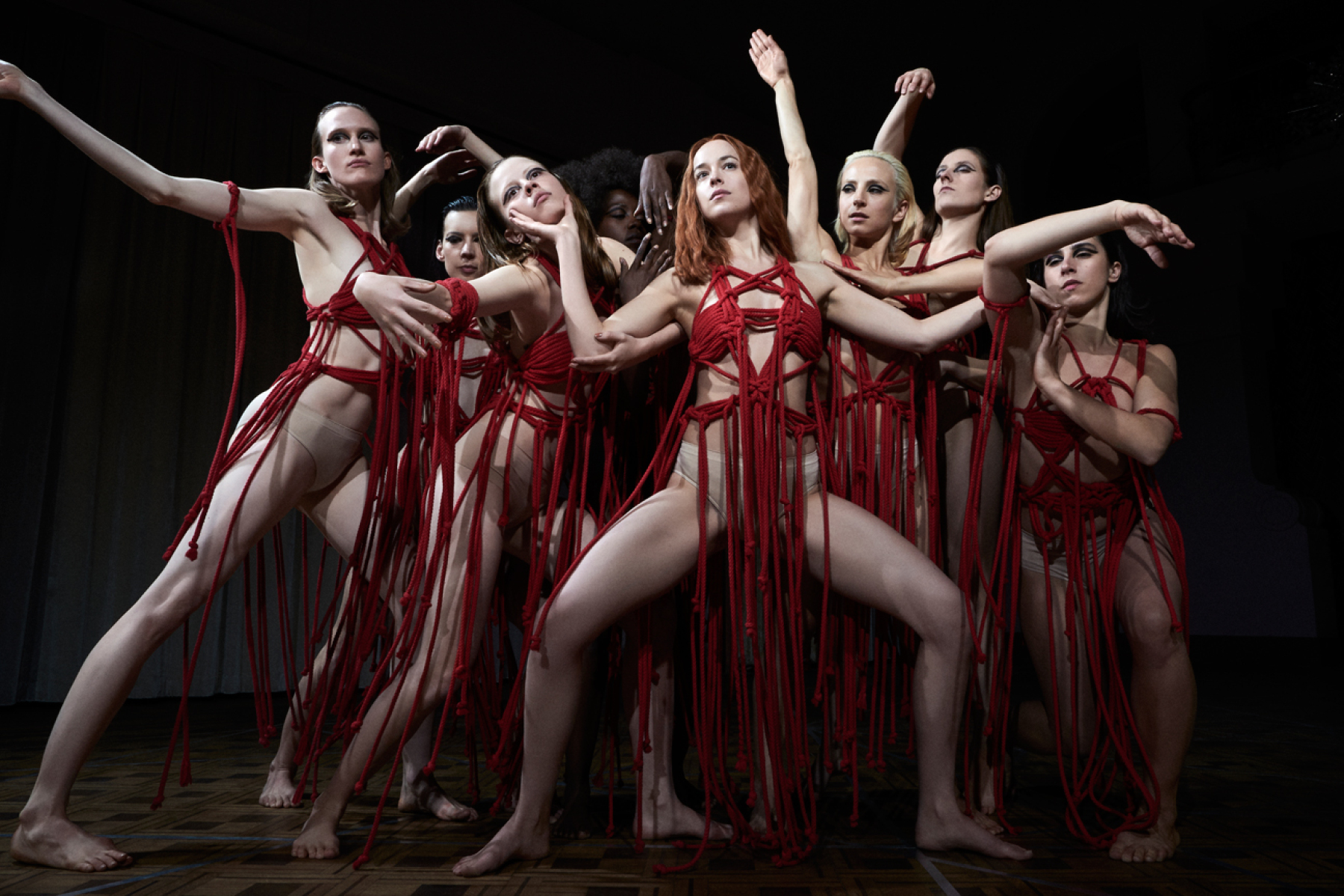 Starting at the seventh spot is 2018’s “SUSPIRIA”, directed by Luca Guadagnino and scored by Thom Yorke. There happens to be quite a correlation between ’90s rock band members and them going onto composing incredible film scores. Nine Inch Nails’ Trent Reznor has made some of the best scores of the last decade, Portishead’s Geoff Barrow and Ben Salisbury have made some incredible work with their collaborations with Alex Garland, and Radiohead’s Jonny Greenwood making some masterful soundtracks as well. Yorke, the main vocalist and songwriter of Radiohead, was just waiting to join the pool of rock musicians-turned-composers. And he ended up making the best musical score of the last fourteen years.

It’s so incredibly rare to find an original score composed for a film that stands on its own as its own. Despite elevating a phenomenal film to an even higher level, it is a masterful piece of music on its own. Pushing Thom Yorke out of his comfort zone to cover an expansive range of styles, the soundtrack weaves ominous piano and strings into brooding synths and choral harmonies that make the hairs on your neck stand up straight. It’s terrifying, morbid, weirdly sad, and beautiful, which captures the cinematic essence of the film to a tee. And that’s what every great film score should do. 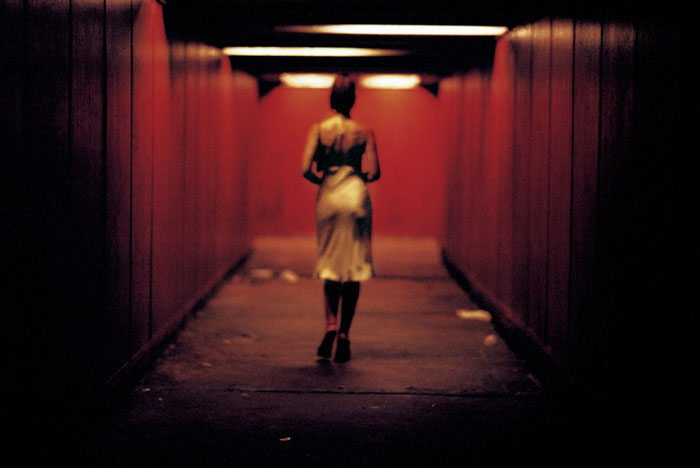 Continuing on at the sixth spot is 2002’s “Irréversible”, directed by Gaspar Noé and scored by Thomas Bangalter. Making up half of Daft Punk, Bangalter had an incredibly monumental task. How do you create a musical score to accompany the most disturbing film ever made? For better or worse, Thomas Bangalter made quite possibly the most visceral, mean-spirited, and disorienting musical score of all time. This is a soundtrack that digs under your skin like a parasite, it leaves you incredibly uneasy and dizzy just from listening to it.

Bangalter actually utilized a manipulated variation of the 28hz frequency, an inaudible frequency to human ears that causes nausea and disorientation. It was even used on prisoners in Japanese POW camps in World War II, and while it is of course diluted to an unharmful level, it is still present enough to illicit a very unnerving reaction. Paired with warped air-raid sirens, kickbeat drums, electric harpsichords, and deformed organ passages, this musical score is perfect complementation to the most visceral cinematic experience of all time.

Continuing with the fifth spot is 1985’s “Mishima: A Life in Four Chapters”, directed by Paul Schrader and scored by Philip Glass. This is one of the most creative and daring films ever made, and the musical score lives up to its grandiose and operatic style without a single fault or misstep. As the film has three distinct visual styles, Glass implements three different ensembles for his original compositions. For the monochromatic biographical flashbacks, a string quartet is utilized, whilst the last day of Mishima’s life is scored with a percussion and string orchestra. The stylized sequences from Yukio Mishima’s novels use an expansive symphonic orchestra. This is simply a sonic and aural magnum opus that evokes an overwhelming and indescribable feeling of shock and awe. 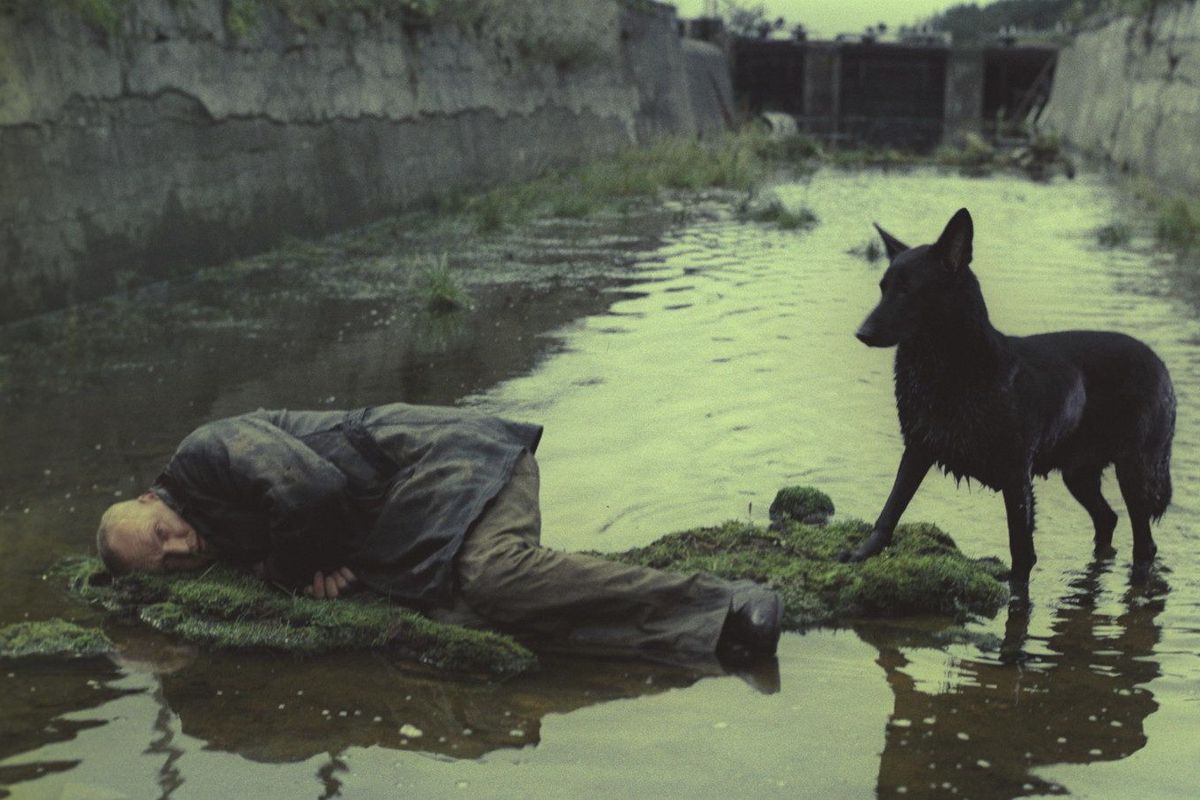 Continuing at the fourth place of this ranking is “Stalker”, directed by Andrei Tarkovsky and scored by Eduard Artemyev. This is my personal pick for the greatest film of all time, and as a non-religious person, this is the only film I’ve seen I could genuinely say was a spiritual out-of-body experience. Tarkovsky is quite easily the greatest filmmaker to ever live, and the cinematic experience of watching one of his films is like a lucid dream. I possess the ability to gush about this film for hundreds of pages, but I will leave that for another time.

For a film that takes place mostly in an otherworldly place, Artemyev had a large inspiration from Indian classical music. He used the tar, a traditional Iranian string instrument, along with indigenous flutes, a 14th-century Italian motet, and multiple layers of tonal synths to create this incredible atmosphere that is a completely unique sound that is unlike anything else created before it, and nothing after it can come even close to matching its indescribable beauty. This is an exceptional composition that pairs with its monumental cinematic achievement to an astounding degree. 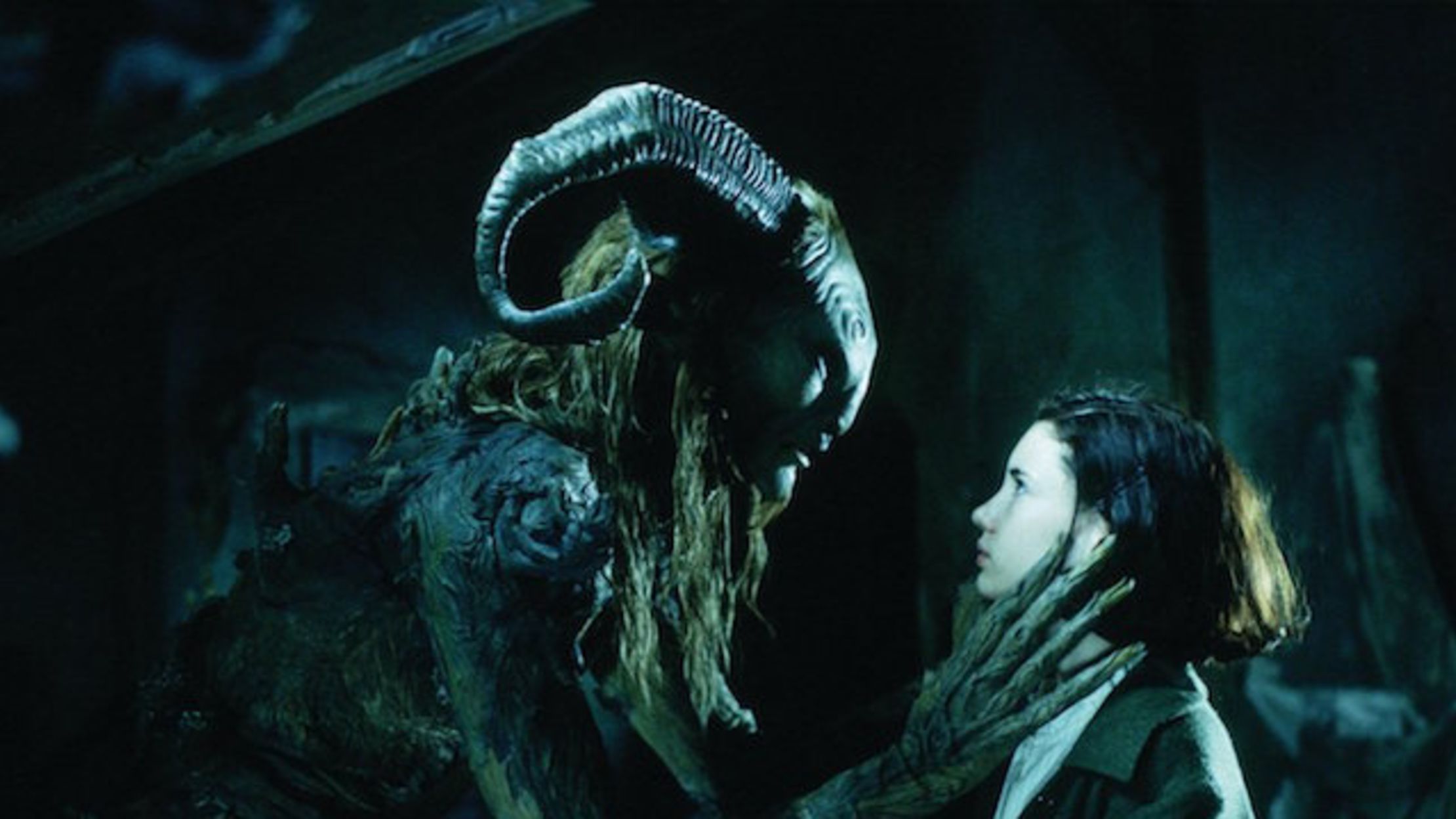 At the third spot is 2006’s “Pan’s Labyrinth”, directed by Guillermo Del Toro and scored by Javier Navarette. This is quite easily my favorite fantasy film ever made. The absolutely awe-inspiring world Del Toro created to inhibit this breathtaking and heart-wrenching tale is just mind-boggling, and one of its strongest aspects comes in the form of its musical composition. While I don’t take this world lightly at all and can say this about incredibly few, Javier Navarette is an absolute genius. The compositions he created are among the most unbelievably beautiful pieces of music I have ever heard.

The central lullaby to the film plays a key role throughout almost every composition, tying each moment of music together in such an incredibly unified and meticulous way. The perfect blend of stunningly gorgeous music balladry and guttural and harrowing orchestral pieces that instill dread and anxiety mirrors the film flawlessly, perfectly distilling the mix of an astonishing fairytale and brutally realistic war the film sets up. I have never seen a musical score that balanced the feeling of childlike wonder and tragedy so effortlessly, and just like every incredible musical score, that describes the film to a tee.

At the penultimate spot is 1994’s “The Lion King”, directed by Roger Allers and Rob Minkoff, and scored by Hans Zimmer. This is the greatest animated film in history, I’ve seen it hundreds of times, and no matter how painful and revolting the 2019 remake is, nothing can ever take away the pure joy and awe I feel every single time I see it. It changed the way I view film forever, and in that same vein, this is a musical score that changed the way I listened to music. This is the earliest film soundtrack I can remember hearing at a very young age, and it stuck with me forever. While the original songs written by Elton John and Tim Rice are absolutely phenomenal, when I refer to “The Lion King” and its music, I am talking about the original score composed by Hans Zimmer.

Zimmer is quite possibly the most beloved composer in modern cinema, with “The Thin Red Line”, “Gladiator”, every Christopher Nolan film from “Batman Begins” to “Dunkirk”, the “Pirates of the Caribbean” trilogy, “12 Years a Slave”, “Blade Runner 2049” being only a select few of the 215 composer credits under his belt. To say he is a master of his medium would be an understatement, but to this day, this is the absolute greatest piece of music he has composed. The composition “Stampede / To Die For / What Have You Done?” is easily my favorite singular musical moment in any film. The level of emotion it conveys in those few minutes is astounding. The absolute magnificence in every moment is just so grandiose and unforgettable, and it is a masterwork of musical genius. 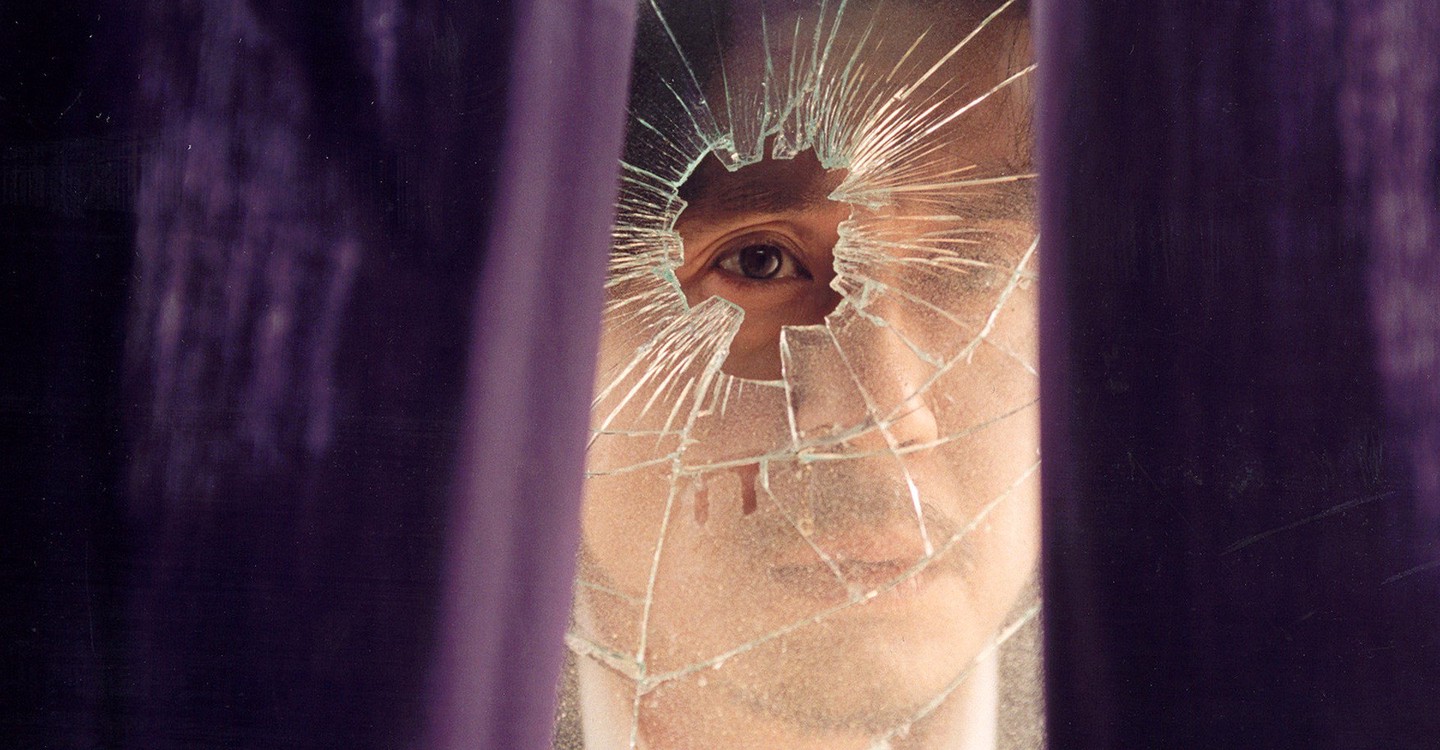 At the number one spot is 2003’s “Oldboy”, directed by Park Chan-wook and scored by Cho Young-wuk. This isn’t only the greatest film of the last forty years, but is my second favorite film of all time. To call this a mind-blowing film is a cruel understatement. This is a film that changed my entire perspective on how impactful a film could be. Up to the age of 13 when I first got to see this film, I had never experienced such an emotional rollercoaster. The amalgam of absurd comedy, over-the-top insanity, bloody violence, and paralyzing, guttural emotion is like the most addictive drug anyone could ever create. It contains my favorite editing in any film, Min Sik-choi’s performance is my favorite performance in any film, the screenplay is my favorite script in any film, and, of course, Cho Young-wuk’s original score is my favorite film soundtrack of all time.

There is no other film I have ever seen to juggle so many emotional beats, ranging from incredibly goofy to utterly horrifying to agonizingly heart-wrenching, and Cho Young-wuk somehow creates compositions that match every single tone and emotion on display without ever losing consistency or feeling disconnected from each other. Some additional compositions from Shim Hyeon-jeong, Lee Ji-soo, and Choi Seung-hyun also match wonderfully with Young-wuk’s style, as does the selective use of Vivaldi during one of the most infamous sequences of the film, involving teeth. This is simply a collection of compositions that elevate an already unbelievably exceptional piece of cinema to a whole nother level. 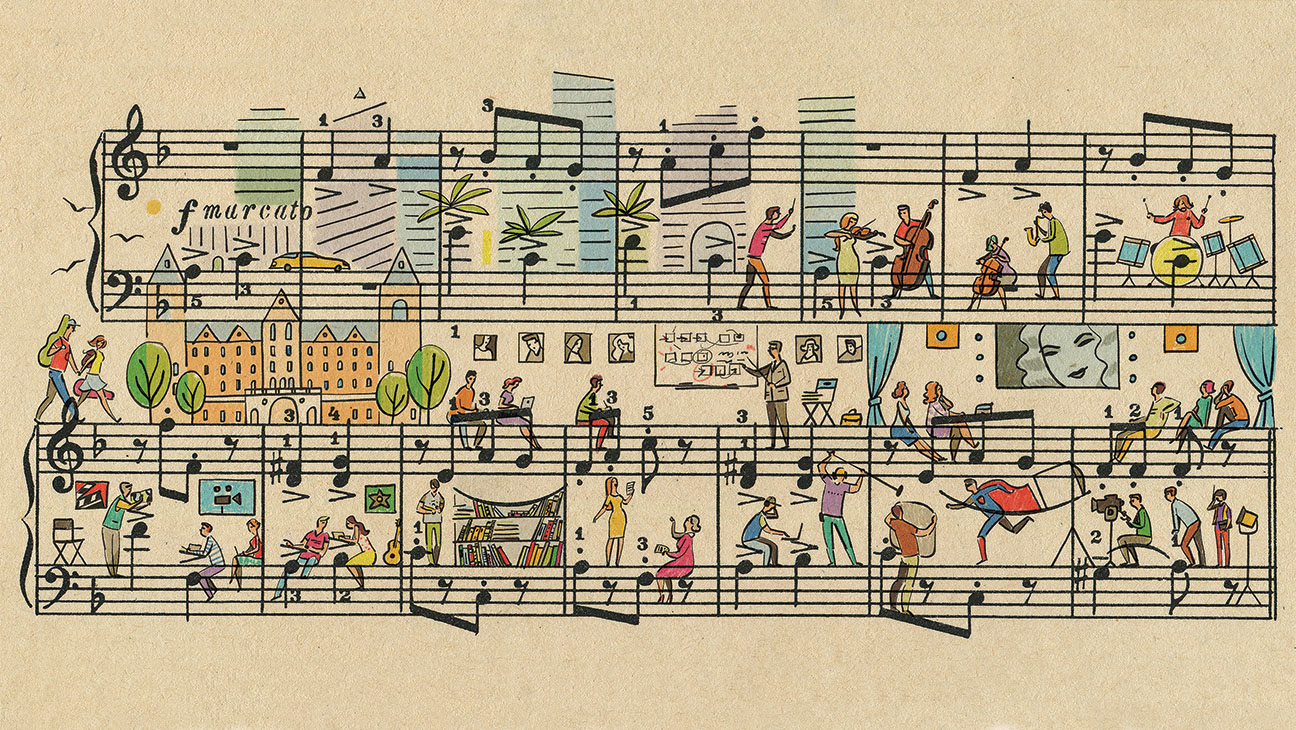 “The Lion King” is available on DISNEY+. Start your subscription here.

“Irréversible” is available to watch free on VUDU here.